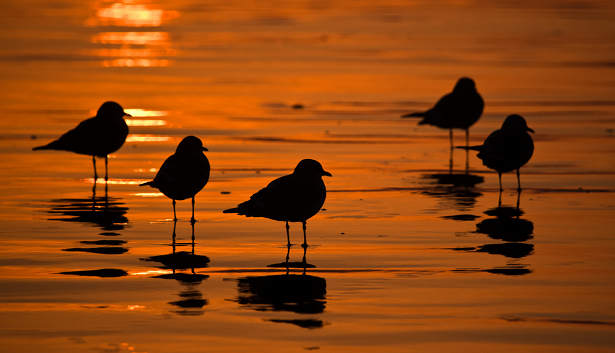 Community can be yours, but only if you really want it. Like any other relationship, it requires effort. Community requires actual respect for other individuals. Love gets you bonus points. It requires acting in good faith – that means in an honest way. Technical respect for the mores of the community is a starting point. Effortless adherence to the spirit of those mores will make you a star.

Communities are friends – with benefits. When you’re in a jam, who’s going to bail you out? Stand up for you? Empathize with you? Feed your cats? Community is programmed into us. We are stronger with it. We are vulnerable without it. Can we live satisfying lives without it? Nope.

What is a community? Is it a formal organization with official leaders and a written code of rules? It can be. But that’s no fun. A community is any group of people connected via a shared experience. People in North America is a community. The US senate is a community. Everybody who is into lollipops is a community.

I belong to the liberty community. These are some of the most principled people on the planet, so much so that their disagreements become quite vociferous and passionate. Why? Precisely because we care deeply about principle. In fact, many of us have dedicated our very lives – risking poverty, homelessness and bodily harm – to defending the right and exposing the wrong.

A community’s mores can be written, unwritten, disagreed upon or even constantly fought over. That last one is characteristic of the strongest communities. It suggests a decentralized, dynamic structure and the absence of a hierarchical decision-making process. When everyone is on equal standing and feeling empowered, they can speak up – or even dissent.

Some dismiss this dissent by calling it “drama”. Urban Dictionary defines drama as “making a big deal over something unnecessarily.” But the complaints I see (and admittedly sometimes make) are not unnecessary. Some wrongs should have a big deal made about them – especially ones that take place in our own communities.

Dissent, complaining, engaging in discussion and pointing out wrongs are admirable activities. I fully support them. It’s the core of what libertarians and activists do. We dissent from the state. We complain about politicians. We point out the wrongs of cops. We engage in discussion and debate with those outside our community. But, when brave individuals point out wrongdoing in our own midst suddenly the Squash-it Squad comes out in force. It’s all drama they say. Drama and infighting and it’s killing the movement! Squash it! Fast!

To dissent means to hold or express opinions that are at variance with those previously, commonly, or officially expressed. In other words, dissenters are truth-tellers. They shake things up. They’re not afraid to challenge commonly accepted wisdom. Libertarians are, by nature, dissenters. We don’t tolerate orthodoxy in society at large. Why should we then tolerate it in our own community?

I won’t. I’ve dissented from other libertarians here, here and here (for starters). You shouldn’t either. Now, when you hear someone complain about “drama” and “infighting”, you’ll know. They’re actually talking about dissent, complaining and discussion – the lifeblood of a healthy community.

Watch my blog in the coming days as I name and shame members of the Squash-it Squad. Please feel free to dissent from me in the comments below (as long as it’s not ad hominem).

8 replies on “Community is Yours – if You Want it”

I don’t understand the idea that we have to over look serious issues w/others just because we are “in it for the same goal”. If I have a problem with someone, they will know it as I will discuss it with them as it relates to me. If it involves a product or service, I will complain and if a resolve is not found to my satisfaction then I will bad mouth them and not refer others to them. That is the way a free market works and that is precisely why a free market will always work. Kudos to anyone trying to do the right thing and for anyone that doesn’t, well, be sure you recognize the ends don’t always justify the means… b/c the wrong means will surely be your end!

Nicely said. This is liberty 101. Have they forgotten?

Apparently.. if people start taking this “I’m taking so and so’s side b/c they are in the ‘movement’ and I accept them for that reason alone” then they are doing the same kind of mentality you see in politics, lobbying and police force… “looking out for one’s own” so to speak. It’s beyond wrong.

Amen and there is some of that kind of collectivism/tribalism thing going on. Shame.

I agree with everything you said here George. Though it seems to me that the drama, or dissent, that is within the ‘movement’ has alot of people in it that do not belong in it. People seem to forget that first you must handle your own business and people are all too quick to get the mob, or squash it squad, involved.

I mean if someone does a wrong to me I’m going to confront that person. I would make record of it, in whatever form I can (emails, screen shots or video), then if that person still doesn’t make right I’d simply post that information. I’d then leave it at that because I feel the second thing that fuels drama is people expecting others to enforce the punishment they want. What we need to understand is not everyone is going to agree with said punishment. And to me that’s ok. It’s the act of informing others and having that information available that is important. Not so much the punishment, mostly because that is handed out by the individuals.

Thanks for commenting Adam and I applaud you for documenting. That is one of the first steps of dispute resolution IMHO.

But why just drop it? Why not seek arbitration? Shouldn’t people who are wronged be made whole? And why punishment? That is not the only option. Restitution is a much more sustainable and just way to answer for crimes, don’t you think?