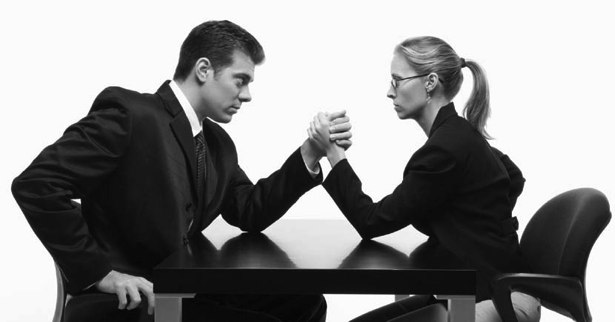 People inevitably have problems with each other. Disputes arise. This is a fact of life. It can not be avoided and like any other human activity, if you squash it it will just get worse. So if you have a dispute with someone else, don’t let it fester. Don’t be intimidated into shutting up about it by the Squash-it-Squad. Don’t get angry, get it resolved!

If I feel I have been wronged by someone, I first meditate on it. I try to step back and be sure my spleen is not responsible. I might give it a few hours or a few days. I might approach the person I am having a dispute with and try to work it out amicably by myself. Some disagreements don’t rise to the level of a dispute. When, in the past, I have been personally insulted by someone absent any justification, such as Michelle Seven recently did, I simply ostracized the person and was done with it (until such time as appropriate amends are made).

But if it rises above this minor level, I document it. I write down my thoughts, argue against myself and try to estimate the seriousness of the matter. I might blog about it, journal it or post on social media. If it is really serious, I will write up a formal complaint, legal style. I’ll name names and describe what happened as dispassionately as possible. I’ll attach evidence in whatever form is appropriate: documents, sworn statements, screenshots, photos, videos, etc.

I will then engage an advocate to deliver my complaint. I might ask the other party for certain restitution. In a recent (and still open) dispute, Brad Spangler – as an advocate for someone else – first asked for redress of grievances. In other words, the party he represents has a grievance and they want the other party to resolve it. Once that failed (twice), Brad resorted to a request for arbitration.

If arbitration fails, I might then publicize my complaint so that others can find out what happened and, if they so choose, incorporate the information into their own decision-making process. Information makes markets more efficient. We can never have too much information. If an individual is displaying unethical behavior, I want to know about it immediately so I can mitigate my risk.

As Brad has noted, “Good neighbors arbitrate their disputes.” Why? Because, as we know, disputes are a fact of life. If life is to continue peacefully, there must be a way to resolve these disputes. A party’s claim must be denied or approved. A disagreement must be mediated. Apologies or monetary settlements may have to be made. Open disputes fester and erode the fabric of a community. They tug at our conscience. Worse are disputes that have been silenced by peer pressure. These are an infection. Those pose the greatest threat.

State court, where winners and losers are chosen, where some are punished and others let off scot free, is FAIL. A good arbitrator/mediator/advocate looks for solutions that help both parties win. Those who help the parties reconcile and go on to productive relationships, or at least feel comfortable around each other, are stars.

If you don’t like this way of resolving disputes, that’s your prerogative. But propose another. Don’t just blow off offers to resolve disputes. Why? Because it is of vital importance that individuals be personally accountable for their actions. Libertarians rail against the state because it is precisely not accountable. Its agents are above the law. They commit crimes with impunity. There is no accountability for them, and that is why they are able to do so much damage. Don’t risk looking like a hypocrite. Support accountability for all.

Be responsible. Resolve your disputes. If you’re convinced a complaint made against you is baseless, respect the process anyway. When you are vindicated, file your own complaint for time and legal costs. The community will support you.

Most of all, refuse to be a part of the Squash-it-Squad. Sunlight is the best disinfectant.

2 replies on “Don’t Let your Disputes Fester, Resolve them Instead”

Brilliant article, I agree completely. But I also understand why so many people are so averse to conflict and “drama”. The way people handle disputes is, in general, so full of pretense, posturing, and passive-aggressiveness that they just lead to misunderstanding when pursued, and eventually to hostility.

The way to fix this isn’t to evade conflict at all costs, it’s to change the way people think of conflict. It’s not about winning and losing, it’s about addressing the needs of both parties, just as you said.

Thanks for commenting Leanna, nicely said!