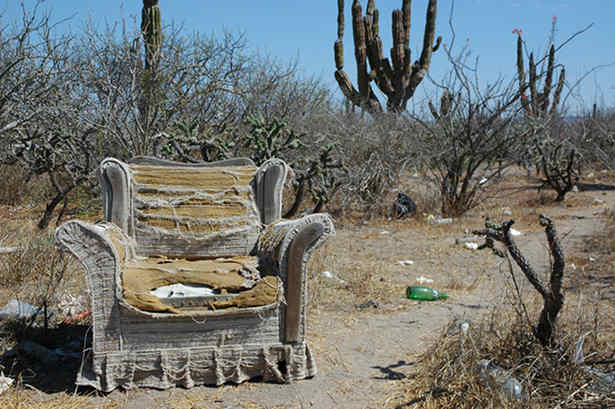 Is liberty activism pointless? Is it not working? Are we doing it all wrong? I don’t think so. Is the medical profession failing because people still die? Is the food industry a failure because some yet go hungry? Should security guards pack it up because shoplifters sometimes succeed? We libertarians have to set reasonable goals and not allow ourselves to be discouraged. Neither should we give in to the haters who play armchair quarterback on our activism but don’t dare risk their own hides in the pursuit of a more just world.

Liberty activism is like a scientific investigation. We try different tactics towards our goal of bringing about greater liberty and less government oppression. Some work, some don’t. Sometimes we give up on a promising tactic because it doesn’t pay off early. Sometimes we persist with another and it bears fruit. The key ingredient is perseverance. We must keep trying. Try lots of different tactics or try the same one over and over again, but by all means we must keep trying.

“Iâ€™m convinced that about half of what separates the successful entrepreneurs from the non-successful ones is pure perseverance.” – Steve Jobs

Just because a particular tactic doesn’t immediately produce something you consider useful doesn’t make it a bad one. That it might produce a negative immediate result doesn’t mean it won’t pay off in the long term. That one tactic doesn’t make sense to you doesn’t mean it won’t make sense to others or isn’t a useful tactic. Don’t be too quick to pass negative judgment on your fellow activists’ ops.

It’s in our self-interest to continually experiment, document our experiences doing liberty activism and share the resulting media as far and wide as possible. While to you it may be old news and to the haters it may be moronic, your experiences may inform other minds in ways that produce revolutionary new tools and tactics. That’s the marketplace at work. We need to plug ourselves all the way in in order to get the best results. Are you plugged all the way in? How much of your activism do you share with the liberty community? How much of the liberty community’s activism do you discover and share with your network?

Think about your act of liberty activism like a blog post. Only a few people may view it, less will read it and even fewer will act on it. Is it pointless? Does it have no effect? Should you stop posting? No. Any successful venture requires sustained and committed action over a period of time. Your first post may not generate any noticeable fruit, but add ten more, then one hundred more. Soon you will notice the constructive impact of your writing. This very blog is an example.

Consider open source software as a paradigm for your liberty activism. This month you might write a simple tool that resolves domain names to IP addresses as a beginner’s project. Next you write tools to resolve other kinds of DNS addresses. Soon you’ve developed enough expertise to write a DNS caching server, a zone transfer server and your crowning achievement, a highly secure resource-efficient DNS server. Now you have DJBDNS, arguably the best DNS tools package available today.

In these examples, and countless others, people start small and build something that actually has a constructive impact on other human beings. Consider the people who invented fire or the wheel or farming. They must have struggled terribly at first. But their discoveries have had profound positive effects on the lives of billions of people. How will our actions today impact the generations to come?

Don’t pay any mind to the armchair haters who denigrate your activism. If you want to really be effective, you should do X instead, they say. Your activism was stupid and pointless. Let me tell you, no act of resistance is pointless. It all adds up. It makes you a better activist because the results inform your future actions or increase your motivation. We should trade constructive ideas on how to be better liberty activists, but we can’t let the haters and the do-nothings get us down. We are better than that. We will succeed if only we keep trying, learning and improving. When we look back on our lives from our deathbeds, we will know that we gave it our best, and that counts for a lot.

13 replies on “Liberty Activism is an Experiment – Test your Theories, Report your Findings but Don’t Give Up”

Great post! I like this quote: “We should trade constructive ideas on how to be better liberty activists, but we canâ€™t let the haters and the do-nothings get us down.”

We just have to experiment with innovative approaches of questioning the state.

I especially like the adrenaline rush of making police officers angry at me. So I’m a bit masochistic, in a sense. Believe me or not, I have several instances in my past where I purposefully got into trouble with my parents, just to have an adrenaline rush.

Thanks. Wow. I get a rush from surviving dangerous situations. One time I survived a car crash and I felt indestructible for days. After I left the abusive situation in my dad’s house at 17, I felt like I could handle anything. After the April 8th and April 29th encounters with thugs in Philadelphia, I felt like I had dodged a bullet for awhile. In order for my own self-interest to not get lost in that, though, I have to put a choke collar on it. My goal in those situations was to protect the people giving out jury nullification pamphlets. It was just a lucky happenstance that those guys showed their true colors on film. When you actively seek out confrontation it can go downhill fast, without any ROI.

There is a fine line when engaging violent people. One has to be careful not to invite the hurt too much. But I’m certain that reactions like “That’s stupid” and “We should all fly under the radar” are besides the point. Inevitably all of us will come into contact with police. In order to survive those interactions we need to be informed about the nature of police. I hope my experiences can be of some use.

“In order to survive those interactions we need to be informed about the nature of police. I hope my experiences can be of some use.”

Yes, George, I learned from your adventures to keep my distance from the pamphleteers & Gestapo when filming. One of the things that pisses off the stormtroopers is sticking cameras in their faces.

Also, to sound like a broken record, don’t talk to the police. It may not be as much fun, but it keeps you out of the clink.

Eh, it doesn’t matter if you’re down the next block. If they want to get you, they have the means to do it.

True, this is the age where they can indict ham sandwiches. Just because they can doesn’t mean they will. You always want to tilt the odds in your favor. So you don’t put yourself in the most dangerous position.

Don’t get me wrong you have a right to film them. You also know that they very likely will violate that right if they can. So it is wise to take precautions. After all, you got busted for filming, Bile got a citation (that was later dropped), & I was told to film Julian’s arrest once in NYC!

It’s just like walking in a dangerous neighborhood. If you have to do it be streetwise & take precautions.

Perhaps, but not making it easy for them seemed to work for me.

Their actions are arbitrary. They enforce their edicts when they see fit. Thus your care is likely not the reason they decided not to harass you. You could have been up in their faces like Pete and Adam were and they wouldn’t have given you a second thought. Or you could be catching something on tape they want to keep quiet and they decide to make an example of you. It’s unpredictable, arbitrary and capricious. Unfortunately I now consider it slightly naive to think one can significantly influence the violent people’s actions most of the time. Sometimes you can move a situation one way or another, but the ultimate power lies in their hands and if they want to stop you, they will no matter how far away from the scene of action you are.

Take as an example the fact that I was not on federal property in Allentown on May 11. They dragged me onto it. But that’s it.

I definitely agree on their arbitrariness, maybe I just got lucky. See “Tell Me Again, Who Canâ€™t Film on Federal Property?” http://theinternationallibertarian.blogspot.com/2010/07/tell-me-again-who-cant-film-on-federal.html The fact remains that I wasn’t busted or even harassed.

I would draw an analogy with using a firearm in self defense. The rule of thumb is that if the assailant comes within 21 feet of you you shoot. Well, with a camera you shoot all the time ;-) but maybe keeping a 21′ cop free zone around you will keep you safer. If you see them approaching you move away.

There’s no foundation for that in reality. You were lucky, for whatever reason and I hope you remain lucky because it really sucks to be under their spotlight. Consider that you could be 50 miles away and they could still pick you up. They do it all the time. If they want you, they will have you.

Great post George. I remind myself almost daily of many of the things you covered.

Keep up the good work everyone!

Here’s an audio track that could be played while reading this post:
http://www.youtube.com/watch?v=a2i2_MABXNA
http://www.darklyrics.com/lyrics/hatebreed/perseverance.html#2