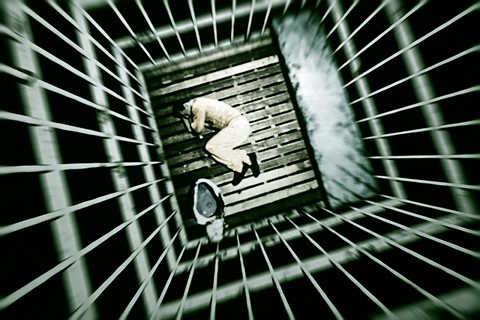 Over at C4SS’ Stateless U in ATP 101 we’re reading The Market for Liberty. Here are my comments on one of the discussion questions.

“Is restitution preferable to retribution? Why or why not?”

An arrangement for the resolution of disputes that focuses on restitution is more effective than one that makes as its goal the punishment of offenders. Restitution compensates victims for their losses at the expense of their aggressors. This constitutes a powerful incentive against criminal action, since offenders will have to repay every bit of value they destroyed in order to continue in civilized society. Punishment, on the other hand, is simply vengeance. Not only does it not help victims, it actively puts them and others at greater risk by placing convicts in an overly harsh crime school that breeds resentment and further delinquency.

The concept of punishment is not based on the idea of righting a wrong, argue the Tannehills in “The Market for Liberty.” Instead, the idea is to cause pain, loss or suffering to the offender in an amount equal to or (usually) exceeding the damage he caused. The Tannehills rightly point out that this is revenge. Revenge doesn’t resolve disputes, it simply creates an ever-increasing progression of new disputes that won’t be resolved until reasoning people come to their senses and end the vendetta.

Restitution is the idea that anyone who uses first force should repay those individuals negatively affected by his action. The aggressor should make his victims whole. If he can’t cover the restitution payment(s) immediately, he can take on a payment plan. His lifestyle options will be determined by what his insurance company is comfortable with. If it was a petty crime, his life might continue largely the same. But if it’s a serious crime, he might have to relocate to a secure facility where his insurance company can ensure he doesn’t hurt anyone.

Contrast this to government prison, where inhumane conditions and a dearth of opportunities for rehabilitation arise from the state’s extra-market position. If a prisoner is stuck in a bad jail, he can only appeal to the authorities. There is no marketplace in operation to keep prison providers honest and fair. Punishments are often excessive, fostering spite. Instead of encountering openings for personal progress, a government prisoner is incentivized to learn more and better criminal techniques. There are few motivations for positive change.

Restitution is preferable to retribution because the former provides all the incentives for peaceful, progressive civilization while the latter influences its victims towards more, and more advanced, crime. Retribution is revenge, and that never solved anything. Revenge simply multiplies disputes and hardens hearts. Restitution is a reasoned alternative that actually helps victims and offenders alike. It gives victims a better chance of carrying on their lives while providing offenders a path back to civilization and freedom.