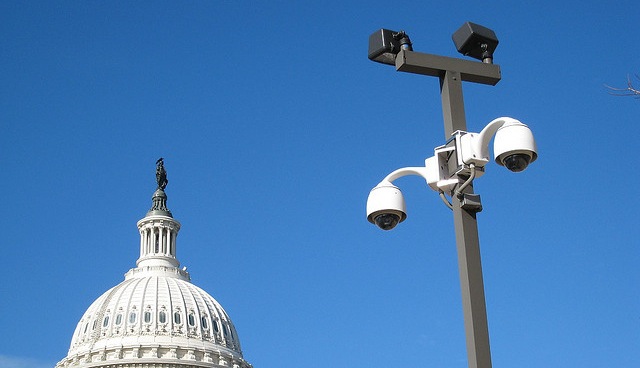 Jay4Liberty recently posted a great question in the comments: “Which is worse…flat out socialists who want to increase the size, expense and tyranny of government or minarchists who want to shrink down as far as possible.” And my answer is the minarchists are worse. Counter-intuitive, perhaps, but here’s why.

Government can not be saved. It is inherently evil because it can only act via the initiation of force, which is evil because it negates reason, that which man uses to guide his own life. I say it can only act via the initiation of force because without it, government loses its monopoly on the ability to set the rules of social conduct in a given geographic area – its defining characteristic. Without forcing people to obey it, government ceases to be government and becomes voluntary, which is harmless and under the purview of what we call the free market. There is no middle ground between the two.

Evil, due to its nature, ultimately defeats itself. Since that which is good is that which aligns with the requirements for man’s survival in the universe, that which is evil is that which doesn’t. If something does not complement people’s lives, it will not exist for long. This is not to say that the evil disappears immediately. People use deception, both of others and themselves. And in some cases good people lend their names and work to promoting and sustaining the evil. Ayn Rand called this the sanction of the victim.

Bringing Good People into Evil is All that Props it Up

So I say the minarchists are worse than the socialists because they deceive good people into putting their hopes and energies into evil government. Minarchists generally have a message that government is necessary anyway so we should work on making it as good as possible. This props up the evil. This is the sanction of the victim. It’s like polishing a turd but much worse. It’s not unlike joining the KKK as an active and enthusiastic member in order to reform it.

We Must Remove Government’s Veil of Legitimacy

Evil can not exist without these well-intentioned minarchists, proving true yet again that good intentions really do pave the road to hell.

Socialists will simply accelerate the collapse that is inevitable with all evil schemes. See, for example, Ponzi schemes. They demand more and more government spending, putting pressure on the central banks and weakening government in all areas, even the least vulnerable ones. Socialists pave the way for that lovely day when government will overextend itself and collapse under the weight of its own contradictions. Liberty-lovers must withdraw from government and allow it to die as soon as possible.

8 replies on “Are Minarchists Worse than Socialists?”

LOL I agree with this George. I’m all for the hurrying of the destruction of the current concept of government. Yes I do prefer a type of government…self-government.

Part of me still wants to resist the increases, it’s a fight or flight response I suppose, but I have a somewhat morbid interest in watching the government lovers destroy everything around them.

Unfortunately, I don’t have the courage to completely withdraw out of fear of the men with guns. Perhaps someday, when I’m an old man (when does that occur btw?).

Old is officially 38. :) Self-government is a form of anarchy – autarchy:

We can still resist, just not via the electoral system.

I would suggest reading (or re-reading) Albert Jay Nock’s Our Enemy, The State, in particular, part I of Chapter 2, “The Origins of State and Class,” where Nock cites Jefferson and others regarding various Indian and African tribes, stating, for example, that they “had a highly organized and admirable social order, but were ‘without government.'” Nock finishes by making the distinction between government (as that “social order”) and the State (the commonly prevailing form).

Arguably, some (many?) minarchists are against the State but in favor of Nock’s notion of government.

Good point but perhaps it is useful to make that distinction clearer so more minarchists will come on over to the anarchist side. Thanks for commenting.

Well said George. The minarchists seem to want to benefit from both talking about liberty to garner support but still be able to resort to coercion when it suits them…

Good point. They’re attempting to have their cake and eat it too. Thanks for commenting. :)

I have to agree that I think minarchists are worse than socialists. Not only will true socialism bring about the downfall of government quicker, but at least socialists are more consistent as well. Minarchists are the ultimate in inconsistency. They also like to usurp the label “libertarian”. One cannot be a libertarian, and believe in government. It is an oxy-moron.

Nicely said Brodie, that sums it up! Thanks for all your comments lately.