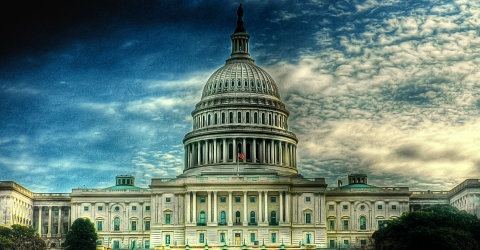 After seeing my article about the bank bailout being a fraud, an acquaintance commented “all government programs are fraud.” While I wanted to agree initially, I later thought “this can’t be true!”

The Bank Bailout is a Bait and Switch

When I said the bank bailout was a fraud, I meant it was a deception, trickery or a breach of confidence. Treasury Secretary Paulson and friends told us they would buy bad mortgages from the banks, thus freeing them of their toxic assets and injecting liquidity into “the system”.

But now, halfway through the $700 billion dollars, Paulson wants to use the money to buy all kinds of bad loans. He sold us one thing, and now is giving us something else. This is a bait and switch, which Wikipedia defines as criminal fraud.

Are there any Non-Fraudulent Government Programs?

How about the Border Patrol?

I’d like to say the US Border Patrol is not a fraud, since it’s charged with the very important and worthy task of keeping people with infectious diseases and bad intentions out of our country. However now that the constitution-free zone and the unconstitutional internal checkpoints have come to light, the Border Patrol is disqualified.

I want to be proud of our armed forces but that’s impossble when they’ve become, not a defensive force for protecting our nation, but an offensive force for subjugation and occupation. Our armed forces are fighting two undeclared wars. They have been involved in the atrocities at the Abu Ghraib and Guantanamo Bay prisons. I’m going to have to disqualify them, too, since their stated job is defense of the homeland, not occupation of foreign lands or nation-building.

Don’t Get me Started

For now I’ll have to declare failure in my attempt to find a government program or agency that is not a fraud. Maybe with more research I can find a small agency that is actually operating within its mandate and doing what we expect of it.

For now I guess I’ll pin my hopes on the Centers for Disease Control. Fingers crossed!

2 replies on “Not all Government Programs are Fraudulent”

Rule out CDC too since they’ve jumped on the corporatist Big Pharma vaccination bandwagon.

I’ve only found one honest govt program–the US Circuit court, Yellowstone-Teton district. (not making that up, it does exist, covers only those two NPs, and the part-time judge there is a great historian and fisherman.)