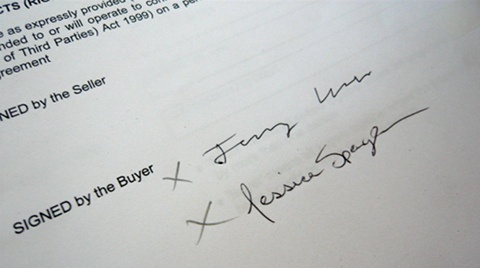 Over at C4SS’ Stateless U in ATP 102, I read and critiqued “No Treason: The Constitution of No Authority.”

In “No Treason: The Constitution of No Authority,” Lysander Spooner convincingly argues that the United States constitution can not possibly be said to have a binding effect on anyone, be they signers of the document, those living at the time of its signing or those who have since lived. The only kind of document that historically has had binding effect is a contract between two people. In order to be effective, a contract must be written, signed and delivered, he argues.

However, no one can demonstrate any evidence that the constitution is a contract signed as such by any parties. Even the signers of the constitution only signed it as witnesses. What’s more, it hasn’t been delivered. Thus, the argument that the constitution is a contract is null and void. Spooner’s approach is refreshingly direct and compelling. He doesn’t build castles in the sky about the divine rights of rulers or implicit social contracts. Only written, signed and delivered documents are valid and they only bind those who sign them as contracts.

Spooner examines the argument that the constitution was meant to bind posterity and here he is very persuasive. Contracts can only bind the parties that sign them. They can’t bind people who are not parties to them, including those not yet born. His most persuasive argument on this topic is that if the signers of the constitution indeed wished to secure to posterity “the blessings of liberty,” why would they then enslave them to this document, giving them no option but to be bound by it.

The constitution is not the founding document of a corporation he argues, because it talks about people as individuals and not as a corporation. But, even if this were true, membership in a corporation is voluntary and people could come and go as they are able. This is another very convincing argument, as a corporation that one must join or that one can not leave is a lie.

Since it is impossible for parties to a contract to also bind non-signatories without their explicit agreement, especially those not yet born, Spooner argues that the only other possible avenues for people currently living to bind themselves to the constitution would be by voting or paying taxes. However, what if people accepted the constitution through other actions, such as voluntary complicity with its rules, with the orders of those its procedures brought to power or even by people’s freely given consent, perhaps codified by a legal statement, notarized and signed by witnesses? The last possibility is especially compelling given that it accepts Spooner’s contractual paradigm. However, even in that case, it would only bind those who actually sign it.

Voting is like being forced into battle, he argues. You can kill or be killed, so some will use it in self-defense. Voters may use it with the aim of subverting state power or to keep a particularly atrocious candidate out of office. Some even use it to register their dissatisfaction by voting for candidates who have no chance of being elected. Even if some do use it to endorse the constitution, the secret ballot does not allow for them to be identified, so these supporters can not be reliably identified. While Spooner’s argument is convincing, one also has to be cognizant that voting turnout can be represented by state supporters as consent and as conferring legitimacy. Voting, even in self-defence, is for this reason counterproductive.

Spooner takes it a step further and claims that an expression of consent can not be accepted at face value unless one is left totally alone without outside influence while giving the consent. But we’re all subject to outside influences, even within the context of legitimate, voluntary contracts. There are the pressures of family and peers. Family may expect one to continue earning a living. Peers may expect one to maintain a certain position of respect. The pressure of needing to eat and keep a roof over one’s head is always present. Thus, on this point, his argument is a stretch.

Due to the coercive nature of taxation, Spooner rightly argues that compliance can not be confused with voluntary participation. Some may pay taxes simply in order to escape punishment. Even those who pay because they support the constitution and wish to be bound by it can not be reliably identified, so there is still no definitive evidence. The rest of his case, especially his comparison of government to highway robbery, is simply icing on the cake.

Spooner describes voting as some robbers secretly designating others to actually carry out the robbery. Those who select the robbers keep themselves hidden, unlike a real highway robber. However, this conflicts with his comments on voting. Voting may be self-defensive. Can voters be said to endorse the actions of those voted into office, even if they voted for the winning candidate? It’s not as if he were their agent and must get their permission for his actions. The candidate can say anything in order to get elected and then turn the tables on his voting “principals”, with a licence practically to murder until his term of office is up. Can voters be held rsponsible for that? They have no chocie but to vote secretly, if they choose to vote. Spooner is contradictory on this point. Are individual voters responsible for the outcome of voting or not?

Spooner’s bracing approach to the constitution is convincing. It is only reasonable legal precedent that people can be compelled solely by their own voluntary, signed contracts. It is ridiculous for one person, or group of people, to create a set of rules and purport that it binds others not directly involved. I’m not sure I fully accept his argument that consent is, or can be, entirely meaningless but his point that money is what gives government its power is an important insight that can inform activism decisions.

The copy I have has a wonderful introduction about the history of anti-state perspectives and the lack of anarchist writings throughout history that is extremely eye opening. I can’t remember who wrote the forward but it is worthy of a place of its own in the tomes of anarchist literature.

I love the synopsis here. I think I will be sending this link to people when I discuss such concepts instead of trying to get them to look at all of the full writing. This is a wonderful useful post.

I am so glad there are others out there presenting the truth to people. I sometimes feel overwhelmed with how many will not look at such concepts.

Thank you, sir! Keep up your great work at the Gonzo Times.