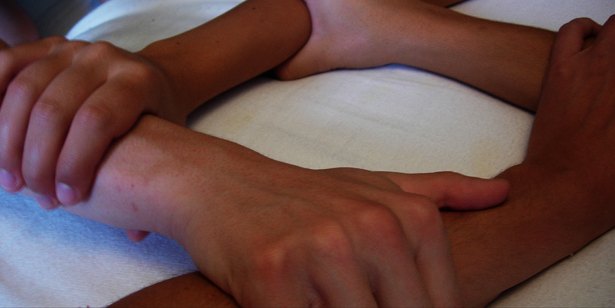 In case you weren’t there for it, the first Agora I/O (“Etienne,” March 25-27, 2011) was a smashing success. It beat all expectations and blew everyone away. I was exhausted but very pleased. A good numbers of speakers even received some donations.

What is Agora I/O, you ask? Liberty-lovers across the globe need to be in communication so we can coordinate, learn and evolve together. With a more connected global liberty community, we can more effectively render mutual aid to each other. Agora I/O connects liberty-lovers across the globe without limits in an extra-national conversation about how to achieve liberty in our individual lives. To that end, we hold an online conference twice per year (March and September). Self-selected individuals talk to audiences via live video streaming and the audience members speak back via text chat. It’s a unique conversation that’s managed by spontaneous order. 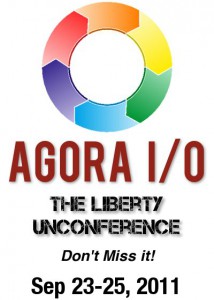 Agora I/O is not just a conference about liberty. It’s a conference run by libertarian and anarchist principles, such as free trade, decentralization, free speech and intellectual freedom.

And I want to continue ruthlessly applying those principles. So for Agora I/O #2 (“Laozi,” September 23-25, 2011), I want to add principles like egalitarianism (no hierarchy) and cooperation. To this end, I want Laozi to be a co-op. Sponsorships will not be for sale. They will be available to speakers, channel makers and others who work on Laozi. Why? Because they are the ones who make Agora I/O happen, they are the ones who deserve to benefit from it. I’d like to include participants in the co-op, too, but haven’t figured out how to do that.

As for hierarchy, I still remain at the top of the decision-making process. I have title to the agora.io domain name (a state-granted privilege purchased from a corporation). I made the website, control it and pay for it to be hosted. I may continue to be the person who most invests his labor into the project. I don’t have any immediate solution to this, just two observations.

Why is this important? I want Agora I/O to be one of the dual power institutions that helps us build the new libertarian and egalitarian society in the shell of the old. Dual power is the idea that we can build accountable and non-oppressive institutions to fill the gap left when the state collapses. Instead of a strategy of immediate overthrow, dual power is a steady, organic process in which the society we seek is built in the shell of the old. Agora I/O can help us get there by fostering global no-holds-barred conversation and commerce. An egalitarian structure that relies less on financial incentives and more on solidarity and mutual benefit is what I seek. So I want it to happen now in those projects I am a part of.

I’d love to hear your reaction to dual power, the co-op idea and if you have any suggestions for how to make it work. Thanks!

Hmm. How are we ever going to get internet not dominated by the state?

Well if either of you are interested in a government-free internet..one that could not be shut down, you might want to check out the topic I started on Marc Steven’s forums, http://www.marcstevens.net/board/viewtopic.php?f=26&t=2876
I’d really appreciate it if any anarchists/agorists/libertarians checked that out, and contributed…an idea like this needs plenty of help and support if it’s going to get off the ground. But yeah Mr. Donnelly, I’d definitely be willing to help, with this, I may or may not be able to run a channel, but I would definitely be willing to be a speaker, and possibly run a round table which I could get a friend or two of mine involved in…either way, I’m REALLY excited about Agora I/O Laozi….oh and that reminds me..how did you choose the names “Etienne” and “Laozi” if you don’t mind me asking?