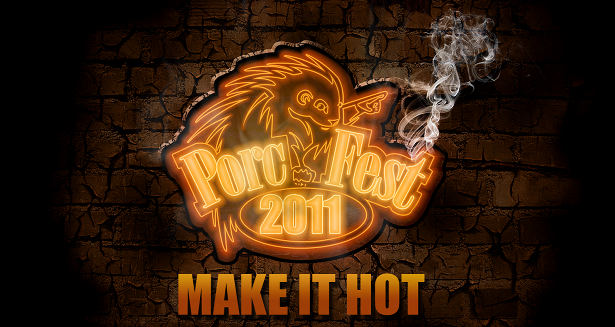 The Free State Project’s (FSP) annual Porcupine Freedom Festival (“PorcFest”) is running a deficit of $10,000 and urgently needs to remedy the shortfall, according to PorcFest organizer “Sovereign” Curtis [redacted, ask me why if you want]. Donations are being requested and event sponsorships are for sale. You can donate here and register for PorcFest here.

What happened? I talked to Curtis this morning. “Initially,” he said, “I created a very ambitious budget. About double last year’s. I had very high hopes/expectations. I hoped/expected to get some serious help for fundraising. I had a few people take on the job, but not make much progress. Even though I was working on so much more, I was still able to raise the majority of the funds we presently have, it just wasnt my #1 (or 2 or 3) priority for far too long. I also didnt have my eye on the overall budget like I should have. I have Edi acting as my treasurer, but she doesnt have the big picture and so couldn’t sound the alarm. I did the math a couple days ago, and discovered what should have been obvious (and was, but I didnt know any exact amount): We arent raising enough money.

“Ultimate responsibility rests with me 100%. Wearing so many hats gave me conflicts of interest. I could have been more open about the budget sooner, but at the cost of the positive promotion I’ve been trying so hard to put out there. Who can say what I should have done, I’m only aware of what currently needs doing. Obviously I have much to learn from this experience.”

What is the $10,000 needed to cover? Curtis wasn’t very precise about this. $10,000 is a lot of money after all. I asked Curtis to release the entire PorcFest budget, but he refused claiming a non-disclosure agreement (NDA) tied his hands. Here is what he was willing to reveal to me, however:

If you’d like to help PorcFest but target your support, Curtis says that you can do so by sponsoring only those events, speakers and/or venues that you like. “The packages are completely customizable,” he says. “So long as someone else isn’t already sponsoring what someone is interested in, a new sponsor can get whatever they want, basically.”

Curtis reports that since making the announcement this morning, he has raised almost half of his $10,000 goal. “I havent stopped fielding sponsor and donor inquiries since this morning,” he said. “Seems I only needed to let people know we actually need their help, because once they became aware they started stepping up.”

Some PorcFest attendees were taken aback at news of the large shortfall. Adam Mueller of Liberty on Tour commented, “Don’t know how Sovereign Curtis can expect people to donate with such a vague description of expenses. Plus, PF shouldn’t cost a dime.. these should all be personal contacts between Roger’s and individuals (or orgs) that want to rent/use their buildings, campsites and other facilities. ‘PorcFest,’ which is just the name of the gathering, can be run by spontaneous order.”

In response, Curtis commented that he wants to move towards more outsourcing but feels bound by all the contracts he and others in the Free State Project have presumably already signed with speakers, Roger’s Campground and other vendors.

“Bottomline,” Curtis concludes, “fundraising was not my priority until today.”

This is a false alarm and an especially maladroit fundraising tactic. Curtis and Jason Osborne report that they are successfully raising the money they need right now. I can only speculate, but based on a close observation of Curtis’ comments, the PorcFest 2011 fundraising tasks have been neglected and Curtis decided to solve the problem in one fell swoop with a dramatic call to action. I don’t know whether this gimmick was premeditated, but it was definitely very clumsy. While Curtis may have succeeded in raising his $10,000, he also embarrassed himself and shook people’s faith in the Free State Project – yet again!

PorcFest is another beloved liberty community institution, just like Liberty Forum (was). So it’s easy to wave your hands and yell, “PorcFest is in trouble!” But it’s also expensive. If the FSP isn’t more circumspect in the future, they risk killing their golden goose. In reality, this top-down model of organization that the FSP, inc uses is broken. PorcFest should be spun off to a more egalitarian level of community organization so that costs can be reduced and decision-making be kept at the level of the community. $4,000 for speakers? Come on. If those guys can’t pay their own way, let ’em stay home. It’s their loss.

See You at PorcFest

I’m going to PorcFest again this year because a lot of my friends are going. You can find me at T41 or Agora Valley #48 in the second walkway called “Clark’s Best Lemonade Lane.” My son Clark will be selling delicious, natural lemonade for just 1 silver gram per cup!

Yikes! This is kind of embarrassing.

I know nothing more than what you’ve written here, but could it be that this is the natural tendencies of non-profits?

Perhaps this event should have been treated like an investment? Somebody, or some group, could have bought all of the camping spaces and hotel rooms for a one-week period and then scalped them back to Porcfest attendees.

The list of ideas goes on, but it would require a shift in thinking altogether. Instead of fundraising, it would be profit making. Capitalists are often guilty of not acting like capitalists, but instead communists.

Add in the t-shirts and subtract the 10K on hand, and bam, 10k short.
I’m pretty sure I advertised the list you posted as a PARTIAL list of underfunded aspects of PorcFest.

I wondering: When did I go from being Sovereign Curtis to “Sovereign” Curtis?

“This is a false alarm and an especially maladroit fundraising tactic.”

Btw this is untrue. Upon learning the truth of the budget I immediately began stressing, and decided not to pull any punches and release the ugly truth.

institution: “an established law, practice, or custom : the institution of marriage.
• informal a well-established and familiar person, custom, or object : he soon became something of a national institution.”

Personally, I would have paid more than $30 to enter the event. I think it’s worth it.

We like to keep the ticket price low, to make it more affordable for all. Those who can and are willing to pay more are encouraged to make a generous donation.

I was busy during the time this was going on, so I only saw bits and pieces of the discussions and back and forth over this issue. However, as someone who is coming almost three thousand miles to attend Porcfest for the first time, this isn’t the kind of news you want to hear just a couple weeks before showtime.

I tend to agree with Adam about the unnecessary nature of some of the expenses and I do find it kind of hard to believe that nobody noticed such a large deficit for so long.

Even if PorcFest, inc goes bust, the real PorcFest can still happen just as a bunch of people camping together at the same place. So, it’s not like the whole thing will fall apart. See you there! :)

So you spent all of that time “positively promoting” (spamming) on FaceBook just to run a deficit? And you didn’t let anyone know about your shortfall until…. when? For what reason?

Jesus Christ, the incompetence is mind-blowing.

I’d also like to echo the sentiment expressed by Donnelly here that the speakers should not be getting paid– the fact that they’re at one of the largest libertarian gatherings should be advertisement enough to generate revenue.

Second, why are you paying the musicians? You’re exposing them to the wider public, not the other way around. If they want to make a buck, have them start a ChipIn or pass a bucket around for donations. (and it makes sense from your crack pot Austrian perspectives– if the market is only willing to bear 50 dollars instead of the desired 200, then asking for more is really only complicating the bargaining process.

I had a good time. Don’t think I left anyone holding the bag. We had to stay off-campus because we booked late. Given the size of the event compared to the last time we attended (2006!) one should book as soon as one hears of the event dates. If PorcFest ended up in the hole then the solution seems simple. Figure out how many people attended. Divide that number into the shortfall. Add that amount to what you are charging for PorcFest 2012 plus maybe a little extra because PorcFest will probably get even bigger.

The thing is, the organizers are spending lots and lots of money that is probably not really necessary. So if they took your suggestion, I (for one) just wouldn’t pay. The organizers need to stop being central planners and just let PorcFest happen. That’s what liberty is all about anyway.

Who the heck would pay Adam Kokesh to speak? UGH.