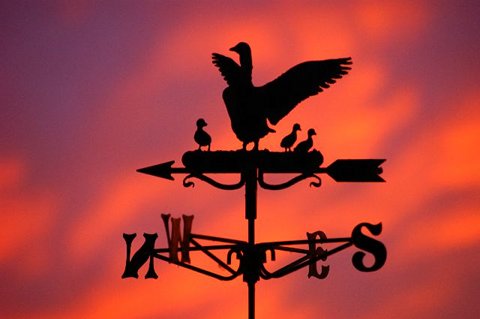 We can’t change the folks doing business as the US government. We can’t stop the wars or the torture. We can’t end the Federal Reserve. We can’t legalize marijuana. Holding unregulated cops accountable for their abuses is outside our purview. Freeing non-violent prisoners is beyond our reach. There are a lot of wrongs we simply are unable to right. But what we can do – right now – is live in strict alignment with our principles. Living in alignment with the principles of liberty not only revivifies the voluntary society but it also personally sustains us – our hopes, dreams and relationships – through these troubled times.

Unlike Conquerors and Politicians

Unlike conquerors and politicians, we don’t force people to change or trick them into it. All we can do is live right, prosper, self-actualize, reach out to others and set a good example. But that is a lot, and certainly more effective over the long term than using fraud and aggression. We can right the wrongs in our own lives. We can ban aggression from our thoughts and our deeds. We are the kernel of the voluntary society. We can make it happen, but only if we find the commitment and discipline to do so.

With that in mind, my wife Nora and I have decided on a life transition. We’ve conserved water and cut our electricity use. Cable TV service is long gone. Processed foods are nearly absent from our diet. We’re buying land out in the middle of nowhere. We’re studying up on solar panels, organic gardening, tiny house building and other resilient technologies needed to sustain our lives close to nature.

Why are we taking this drastic step? Since we met eight years ago it’s been our dream to someday live on a farm. We both grew up close to the earth. She raised chickens with her mom. I gardened with my grandparents. Are we romanticizing the pastoral life? Maybe. But it’s also become an economic and ethical necessity.

Life in the Statist Ecosystem

The cost of life in the statist ecosystem is going up. And the value of our Federal Reserve Notes is declining. Our rent is exorbitant because housing prices recently bubbled to new highs. The $100 that fed a family of 6 for a week in 1984 just doesn’t go as far for our family of 3 in 2010. The houses around here are built to waste heat. They’re too big and too poorly insulated. The backyards are tiny – where are we to garden? In short, the suburban space around here is built for dependence on fragile corporate food supply chains and state utility monopolies. We have no flexibility and little room to improve our lives. We can’t take a break from the treadmill of modern life without risking serious economic difficulties.

Ethically, our monthly budget has a hidden line item that supports the government and its cronies. As long as we live here, we must pay property tax to a township whose cops park in front of the fire hydrant down the street so they can catch folks breaking the ridiculously low speed limit of 25 miles per hour. We pay sales tax to the folks doing business as the Pennsylvania commonwealth. Since so much of the produce we buy comes from far away, we have no idea what other taxes we may be paying. Our ability to withdraw support from government aggression is limited. We have no choice but to support wars and other immoral aggression.

On our land, we’ll build our own tiny home and heat it with renewable wood. We’ll collect energy to power our electrical devices with solar panels and wind turbines. We’ll get our water from the rain and/or a well. Instead of shopping at Costco for our food, we hope to produce most of it ourselves and barter directly with other producers for the rest – thus cutting off our subsidy of large corporations, and by extension governments. We won’t be able to escape all taxes, of course, but we’ll do our best.

The point is not to go primitive or “green”, though there’s nothing wrong with that, but instead to reduce our support for the government gangs and limit our exposure to their perverse unintended consequences. We want to reduce our monthly cost of living budget and decouple ourselves from inflated government money. We’re taking charge of our health by producing what we eat. Too much mass-market food comes with contaminants. We hope to improve our quality of life, and not sacrifice anything other than that hidden line item in our budget.

In the Shell of the Old

We’ll also associate more closely with like-minded folks and thus grow even further the voluntary society. We’ll trade outside the confines of the statist ecosystem. We’ll build a free space for the next generation. We’ll build the new society in the shell of the old. With more free time and hopefully an extended life expectancy, we will do our part to build space for free choice.

If you can’t live in alignment with your principles, what’s the point? If the environment where you create your life includes a hidden cost that pays for the destruction of all that you hold dear, why do you continue in that lifestyle? Liberty starts with each of us. If we can’t make the voluntary society happen in our own lives, what hope is there of making it happen on a large scale? Change requires that good people set good examples. If nothing else, your efforts will keep the promise of liberty alive until conditions become more favorable. It’s our best option. No one will make this happen but ourselves. We are the ones we’ve been waiting for.

15 replies on “We Must Live in Alignment with our Principles”

My wife and I are also seriously looking at moving from a suburban to a rural setting right now, so your post is timely from my perspective.

Having said that, I applaud your decision as it seems to be well considered and likely to make your lives happier. Best wishes in your transition!

Thanks Jake, and thanks for commenting. :) Best of luck with your transition, too.

There are a lot of great settings for outreach but frankly the most useful one I’ve found is the internet. I can do that from most anywhere.

I think you can be effective at agorism anywhere you feel comfortable breaking the law and taking risks. I think it’s riskier in (sub) urban areas because there are more statists, more cops and fewer places to hide. That might motivate some people to seek a proportionately greater reward but given today’s police state environment and the fact that I have a family to take care of, I just want out.

In places where the state is failing and folks are used to living off of its largess, the government gangs have little to hold them back from raping you for all you’re worth. In more rural areas where government is small, the gang has gotten used to a reduced diet and you will have more allies to fend off their attacks.

Also, I find the division of labor concept overrated in an agoristic setting. The fewer people involved in producing an agoristic product, the safer your venture will be – less lips available to sink your black market ships. ;D

Solid post George. Your statement “As long as we live here, we must pay property tax to a township whose cops park in front of the fire hydrant down the street so they can catch folks breaking the ridiculously low speed limit of 25 miles per hour” about sums up how crazy the burden of gov has grown. Your overall message meshes nicely with that of Carl Watner, publisher of The Voluntaryist: “If one takes care of the means the ends will take care of themselves.”

If you do decide to talk to your neighbors once you get to “nowhere,” you might find that a lot of us share your reasons for being “here.”

My only regret in this transition has been that I didn’t do it earlier and faster. I do miss being able to order pizza once in a while, but it really only serves to illustrate how low the cost really is to escape most of the nonsense.

“We can’t change the folks doing business as the US government. We can’t stop the wars or the torture. We can’t end the Federal Reserve. We can’t legalize marijuana. Holding unregulated cops accountable for their abuses is outside our purview. Freeing non-violent prisoners is beyond our reach. There are a lot of wrongs we simply are unable to right.”

How does this post mesh with your statements regarding the Austin bombing on your twitter? Is considering such an act of malice “self-defense” in alignment with our principles, specifically the non-aggression axiom?

I think there is the potential to construe an event like the Austin bombing as self-defense. And self-defense is of course wholly compatible with the non-aggression principle. Does that answer your question? Feel free to followup.

what common law definition of self-defense involves targeting random people with lethal force who lack ability, opportunity or intent to cause grave physical harm or death?

I don’t condone what he did, however, I didn’t find his act to target random people. And the folks who work at the IRS do cause grave harm or death for many people.

It was a building that housed an IRS office, just because the dude got lucky and offed an IRS branch manager doesn’t mean his approach wasn’t tantamount to shooting into a crowd. What about the dozen or so that were injured? Do you have any idea what they did for a living? Some contracted janitor from a cleaning service? A secretary whose greatest atrocity is transferring calls? The daycare center in the Murrah building?

I think there is a difference between targeting, which is what you mentioned, and results. It seems like he discriminated in his targeting. If he hurt people who were not part of his target, that’s a separate issue from your claim that he “target[ed] random people”. He may have hurt random people, but did he target random people? I’m not so sure.

Bringing the Murrah building into the discussion is naked baiting and not relevant.

If he was targeting a particular person or group of people, a flying bomb would not be the proper weapon. Not only does it endanger everyone in the building, but also anyone with a duty to respond to the incident.

Like I said, I don’t condone it. Neither am I slobbering with gusto as I condemn it.