If you were laboring under the assumption that the scheme to remove Libertarian National Committee At-Large Representative Angela Keaton from that body was ancient history, think again.

Ms Keaton’s offense was to release this information, which was disclosed in LNC executive session: 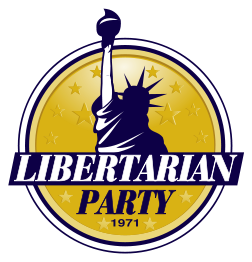 Said in ExSession. Iâ€™m within my rights to reveal this:

We donâ€™t have a contract b/t the Barr Camp and LNC b/câ€¦.Cory asserted to both Carling and Redpath that they were afraid that someone would reveal data. I didnâ€™t know what the hell they were talking about until it was further explained that Cory was afraid that I would misuse “data.”

I asked her why she felt she was within her rights to disclose this. She replied:

There was not a legitimate ES in place.

This was a serious allegation against me that was not aware of nor had any defense prepared.

M Carling has no official capacity whatsoever to speak for the LNC. He is not entitled to an ES unless he is being hired as staff or takes the bar exam.

I left the ES to report on this. The LNC was aware of this.

Angela Keaton was elected by the delegates of the Libertarian Party national conventions of 2006 and 2008. She is a valued and respected member of this body. Ms Keaton is one of the LNC members most responsive to her constituents, since most LNC members apparently do not consider polite, legitimate inquiries from LP member-donors worthy of their time.

Ms Keaton live-blogged the September 2008 LNC meeting. She has been active in commenting publicly on LNC matters for the benefit of the membership. She actively and effectively promotes libertarianism.

Could she Really be Removed?

I think it is very likely that the LNC will support her expulsion, if that is the “discipline” being sought.

Keaton not Notified of Charges or Accusers

According to Dr George Phillies, Chairman of the Massachusetts LP, “Keaton has not been informed of the names of her accusers or the charges against her.” If true, this is an ambush, and not an honorable way to handle such matters.

Not happy about this? Contact the LNC officers (Chairman, Vice-Chairman, Secretary & Treasurer), 4 other LNC At-Large Representatives and Regional Representative and Alternate. (And cc: Region 7 Rep Rachel Hawkridge.) Let them know your thoughts on this matter. Let them know that you won’t accept the removal of a popularly-elected, responsive Representative who is only doing her job. Email them today!

My Email to my LNC Reps & Officers

I sent the following email to the LNC Officers, At-Large Reps and my Regional Rep and Alt.

I am a sustaining member of the LP and donated to the Barr campaign,
the ballot access drive and the Munger campaign for Governor of NC.

I wish to express in advance my disapproval of any action you may be
contemplating to “discipline” LNC At-Large Rep Angela Keaton at the
Dec 6-7 LNC meeting.

So far, only At-Large Rep Dr Mary Ruwart has responded.

Join Facebook Group “No, You may NOT Remove Angela Keaton from the LNC!”

Please join the Facebook Group “No, You may NOT Remove Angela Keaton from the LNC!”, and invite your libertarian friends, too. Update: 79 people have joined this group and 500 more have been invited. Nice work!

Thanks to LNC Region 7 Representative Rachel Hawkridge for releasing the December 6-7 LNC meeting agenda. According to the LNC’s own rules, the Secretary is responsible for posting the agenda to lp.org at least 7 days prior to each meeting. I have not been able to find any meeting agendas posted on lp.org, however.

10 replies on “Expect Keaton to be Removed from the LNC”

I’d appreciate being cc’ed as well, George – would you add that? I plan to ask Robert Kraus and Robert Sullentrup to add comments to minutes and binder, as I’ve gotten so many.

And thanks for the props . . . :o) Not to take away from Sully; I consider it part of my job, as well. To keep my constituents informed.

George, please, give me some reasons to not abandon hope for the LP. Angela Keaton is what is *right* about the Libertarian Party. Well, she and Mary Ruwart.

Now I feel more inclined to romance Keaton and Ruwart away from the LP and toward the BTP. I cannot tell you the anger and disgust this is provoking in me.

There’s a lot that is right about the LP. I’ve encountered many many good people. A few names that come to mind right away are Jim Lark, Mike Munger and Austin Peterson.

The most vocal BTPers will usually say that there is nothing good about the LP and trying to make it better is a waste of time. I’m not convinced. I do think there is a lot we can do better.

The BTP is no bed of roses either. Very few people are involved in the development of the party AFAICT.

If they do remove Keaton though, they will be digging their own grave. That’s just the kind of thing the BTP needs to start another growth spurt.

Removing a member (the term of art is ‘suspending’) from the LNC requires a 2/3 vote. Assuming that everyone shows up, and assuming that the radical wing doesn’t decide to form an internal circular firing squad again, it appears to me to be difficult to see how the people who want to go after Angela can readily get a 2/3 vote. There are four obvious “NO” votes that ought to be rock solid, recalling that until Angela is removed she is entitled to vote, and another four votes that seem somewhat plausible, especially if they are reminded of who the new LNC member is likely to be. (Hint: A loyal libertarian volunteer who was not re-elected.)

Mindful that there are 18 LNC members, 6 NO votes goes to an 11-6 vote, which defeats unless Bill Redpath uses his vote as chair to make it 12-6. Readers may recall the 2002 or so LNC meeting in which the LNC chair voted on a motion related to the 1996 Presidential campaign.

Correcting my own math: There are 8 regional reps, not 9 like last time, so there are 17 LNC members, not 18, and 6 NO votes defeats for sure.

I wish it would be the loyal libertarian volunteer who was not re-elected, but if you’re talking about Chuck Moulton (whom I would have really really liked to see on the LNC once more), he’s said publicly that he’s not interested in serving on the LNC this term.

I don’t think he is talking about Chuck.

There were 8 regional reps last term, not 9.