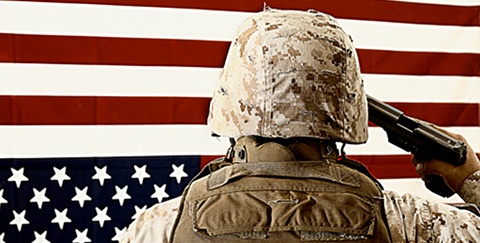 In my quest to carry a concealed handgun without risking imprisonment, I visited the Montgomery County Sheriff’s Office in Norristown, Pennsylvania again today to submit their “Application for a Pennsylvania License to Carry Firearms” (an entirely unconstitutional obstacle).

I Have to Join a Race in Order to Defend Myself

At the gun permits office (inside a courthouse), a burly old man in uniform and openly carrying a firearm took a look at my application and said it was not complete. He wanted me to fill out the race field. “I have no race.” I said. “Then you’re not getting a permit,” he said. I asked if he would accept “N/A”. No was the answer. Then he asked me, in an aggressive tone, if I wanted the gun permit or not, a clear threat that if I didn’t bend to him, my rights would be violated (since when I carried in ways only permitted by them to permit holders, I could be imprisoned).

He told me to leave but I insisted. “Which ones are acceptable?,” I asked. “White, Black, Asian.” I think he left out Hispanic. “Isn’t it racist,” I asked, “to demand people identify with some racial category?” After he repeated his demand several times I relented and announced I had filled out the field under duress.

He then insisted I fill out the social security number field. But I told him his own form said it was voluntary. We repeated this exchange several times before he moved on. So much for the idea that “voluntary” and “government” can be used in the same sentence.

Contradictions on Demand for References

Then he noticed the two references fields were empty. He said the form was not complete. I pointed him to his own instructions where it said references were needed only if renewing. See:

If renewing, applicant must remember to supply names, addresses and telephone numbers of two (2) references (not immediate family.) [Source]

He said “Yes, if renewing.” I said, “Exactly, that is my point, since I am not renewing it does not apply to me.” He actually contradicted himself multiple times on this point. He said the references were required while confirming that the page of instructions he gave me was correct. Finally, another man in uniform joined the discussion explaining that it is assumed/implied that references are needed for new applicants as well. I told him his coworker disagreed.

One outrageous thing the other man said was that bearing arms is a privilege, not a right – just like driving. I asked him if the entire Pennsylvania and US constitutions were about privileges then but he yelled over me.

As we all know, the US consitution’s second amendment states:

A well regulated Militia, being necessary to the security of a free State, the right of the people to keep and bear Arms, shall not be infringed.

Perhaps less well-known is the Pennsylvania constitution, which is crystal clear on the matter:

They Should be Ashamed

Several times I re-submitted my application for their processing and they always refused. Several times I was told to leave (mostly in a very intimidating manner) and refused. At the end, after waiting several minutes since the last interaction I decided it was time to leave. I told them they should be ashamed for interfering with people’s exercise of their rights and declared I would return.

In case anyone wants to argue that they were just doing their jobs, that does not excuse anything. Each one of us has a brain and the ability to use it to determine what is right and what is wrong. No matter what your opinion of government is, their own, most supreme rules are clear on the matter of gun rights. They are unquestionable and are not to be infringed. If government is really about the rule of law, then let it respect its own most supreme laws first.

I was Respectful at all Times

I was respectful at all times. Early in the encounter I stated to the first man that I meant no disrespect. I simply was trying to make sense of their own rules. I maintained a calm tone but was firm. I think this is the right way to treat people who are mixed up in wrong: be firm but be respectful; treat them as you would like to be treated but do not be deferential.

Want to be a Reference?

I have one reference but am unsure who to ask to be the second one. Preferably it should be someone inside the area claimed by the Pennsylvania government or even better that of Montgomery County. According to the various PA gun forums, they don’t call references but since I stood up to them, you never know. I’m offering 5 ounces of silver for the right person as a token of gratitude and recognition of the impropriety of the thing. (If you want more, let me know, I might take you up on it.)

17 replies on “Montgomery County, PA Sheriff’s Office: Self-Defense is a Privilege, not a Right”

I want to say that I’m proud of you as an American. Too many people in authoritative positions impose their personal beliefs into their job.
Great job on standing up for your rights. If you need a reference on the app, just e-mail me and I’ll send you my information.

For race you should have put down Daytona 500. If you wanted to be more serious, you could have just written Human.

George – Don’t worry. I know the government is “technically” breaking it’s own laws, but all we need to do is pass NEW laws saying that they’re not allowed to break the old ones… And then we’ll be free!

Jay: Yes I should have tried “human”, definitely.

Joel: Thank you, thank you. :D

Supposedly PA is a “shall issue” state, meaning it is illegal for him to deny you the permit if you meet the criteria. You could probably escalate this to a court matter.

At least you can get a gun in the first place. At the age of 25, I failed a background check due to some silly trespassing charge against me from when I was 15 years old.

Driving is a privilege because it is a function of commerce. You have an unlimited right to travel in your property upon public highways. They have changed the meaning of words on us. For an example, observe the difference between the Commonwealth of Pennsylvania’s definition of “Driver” and the definition under the United States Code. Also, of course driving is a privilege because you are operating a state owned car.

This is a great article and so close to home. Just remember you could be labelled a terrorist. If os they could hold you indefinately without miranda or probable cause.

James, a gun permit common parlance for the License to Carry Firearms (LTCF). You probably know this and are getting at some other point? :D

Brandon, that is outrageous. I think fighting them through their own arbitration process is a lose-lose so I’m not interested in it right now.

“Driving is a privilege because it is a function of commerce.” I don’t understand that. Is commerce then a privilege? The state doesn’t own my vehicle, even if it does have their piece of aluminum on it. I’d love to hear more about that Edward.

Brenda, they already have me boxed in. I need permission to work (social security number), permission to drive (driver’s license), permission to live (gun permit) and probably more I haven’t thought of. I can’t do much without it being reported to them or without their permission being given. What little freedom is left must be exercised to the fullest in order to accelerate their demise.

Update: I complied under duress with everything but the social security number. They’ve punished me with a 15-day wait claiming the PICS check on me returned “pending”. Ninety minutes later I got an all clear from PICS at a separate location.

Unless you’ve been spending 2009 feeling out libertarianism, I cannot fathom how you are against voting but you went to get an aggression-permit. Since I am reading in October that you’re unwilling to seek any redress in the courts (or maybe I’m mistaken, after reading this…), then I don’t know what all your wasted words were about, given that any citation of constitutions is just reminding everyone of the master plans and supreme laws for aggression.

Don’t take anyone’s word that PA is a shall issue state. As long as a sheriff may deny/revoke for a loose ‘character and reputation’ reason (18PACS6109(e)(1)(i)), and they so often do, PA is may issue. The rest of 18PACS6109 is structured shall issue, however, and you would do well to carefully review section 6109 just to be better informed.

Although licensing must be unconstitutional, if we suspend our disbelief for a moment, we can apply a lesser standard to understand the flow of the statute. It does not give sheriffs the leeway they believe they have.

The first thing to understand is that if 6109 did not exist, licensing would not exist, and the sheriff would have no power to issue or deny licenses (and then for the purposes of 18PACS6106, no one would ever have a license). The power to issue is a power conferred by the legislature, and pretending that licensing is part of the police power they have, they only confer the power they specify. Therefore, the legislature has stated that a sheriff /must/ grant a license upon /receipt of application/ unless there is good cause not to do so.

I was going to cut up the statute to make this clear, but I don’t feel like doing so until later. Basically, all the trouble the sheriff gave you was bullshit, and in fact he likely committed a crime of official oppression (18PACS5301) and a potentially violation of the Uniform Firearms Act (18PACS6119, although I will have to reread to figure out whether any violation of the act is a penal offense)
http://law.onecle.com/pennsylvania/crimes-and-offenses/00.053.001.000.html
http://law.onecle.com/pennsylvania/crimes-and-offenses/00.061.019.000.html

The statute of limitations hasn’t run out, so if you ever consider private criminal complaints…
And don’t worry, as I love elucidating on firearms law, I’ll be back to expound on 6109, although maybe that was already taken care of on your thread regarding this matter. I’ll have to check.

It’s a get-out-of-jail-free card, not an “aggression-permit”. I’m not going to stop open carrying in my car but when they see me doing it, I will have a magical piece of plastic that defends me from their aggression. That’s how I think of it.

all your wasted words were about, given that any citation of constitutions

These people take oaths. They should be reminded of that.

Thanks for the eduction on laws, it is interesting if nothing else. :)

I called the Sheriff of Montgomery County to get some dialog with him. They took a message and said he would get back to me. He never did. I believe he is running for a seat in washington.

Big surprise. Thanks for commenting, Andrew.

I read one response that because of an incident when 15 years old a gun permit was out of the question. I thought those records were supposed to be sealed after 18. And yes, our government does suck, but we have the most lax gun laws in the world as far as I know. The U.N. thinks we are ridiculous and should not have guns as civilians, but they also realize that because they have taken away guns from people in other countries, criminals can safely break into a person’s home or business. Of course, there are bats and dogs, neither as effective though. See the following site for a few facts about what other countries have to say about us. http://www.latimes.com/news/opinion/la-op-dustup25apr25,0,5160196.story