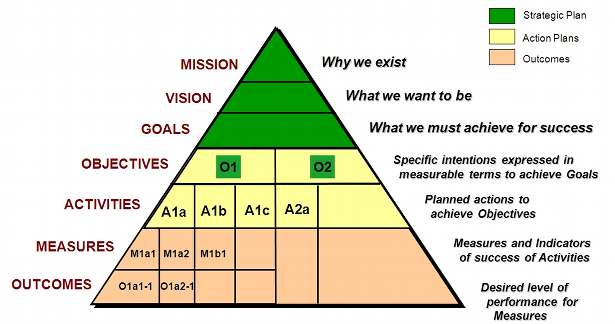 I‘ve been developing a few projects lately that I want to tell you about. I really like them. I think they are strategically very useful to the libertarian resistance. They fill very important roles in our struggle to achieve liberty. I’m an unabashed advocate of acting strategically. There must be a plan. There must be strategy, tactics, campaigns and considerable thinking-through of things before taking action. As Gene Sharp writes in “From Dictatorship to Democracy,” acting on impulse is dangerous and could set you back years. It’s important to be proactive and not just react to things the regime does.

Agora I/O is a free, online liberty conference. Our first one is March 25-27. So far we have 37 confirmed talks! A lot of very excellent people are working to make the event a success. Why is it of strategic importance? We need a barrier-free forum for sharing ideas, experience and training so that our resistance can grow, evolve and spread. Principle number 9 of Open Source Peaceful Evolution is share or copy everything that works. Agora I/O is an excellent place to do that. You can plug in to Agora I/O as a speaker, local meetup organizer, sponsor or participant. More information is available at agora.io. 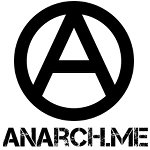 Anarch Me is an anarchist blog that addresses current events in bite-sized posts from an undeniably anarchist perspective. The purpose of this project is to inject an anarchist voice into mainstream political and cultural discussion. I want Anarch Me to be a Top 100 blog within 3 years. Anarch Me may not win a lot of “converts” but it will obligate popular thinkers to consider the anarchist position. It will bring anarchism out of the darkness and into the mainstream conversation. There, in the worst case, it can neutralize many potential opponents. Weâ€™d love for you to write with us. Posts should be 300 words or less, include at least one link and discuss a current event from any anarchist perspective. Try to discuss how anarchism could solve the problem at hand, or how things would work differently in anarchy. More information is available at anarch.me.

Agr.io is a Twitter-like alternative to Facebook. It’s a social network that’s open source and extensible in the same way email is. If you have a Facebook account and your friend has a Twitter account, you can’t talk to each other. But with the statusnet open-source software I’m using for Agr.io, this problem is avoided. Anyone can install the statusnet software and connect with anyone else on any other server using that software. So this is a decentralized, open solution to libertarians keeping in touch with each other. It’s not beholden to corporate interests and if enough people use it, we can make it very resilient. The service is in a testing phase now but 36 fine folks are using it every day. If you want an invite, just let me know in the comments. More information is available at agr.io. 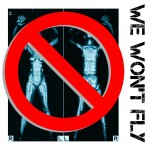 We Won’t Fly is a project I’m working on with Jim Babb to roll back the federal airport checkpoints. Actually, I took a break from it about 6 weeks ago. I want to restart work but, frankly, we can’t meet with success on the TSA issue until we address the larger issue of the police state and the war on terror. As long as people are afraid, as long as they think the TSA is there to protect them, as long as they see no viable options, the TSA’s base of support will remain intact. We need to upgrade our efforts. I think we have to get really creative and replace the negative brand of “We will NOT fly” with something positive that doesn’t only focus on the TSA. This upgraded effort needs to especially offer something of value to the TSA’s support base. Finally, if we can communicate the illegitimacy and ineffectiveness of the state’s enforcement apparatus, it could open the floodgates for radically more liberty. I’ll write more about this in the coming days.

Here are some projects coming up in the short term that I have planned.

What projects are you working on? How can we work together? Let’s talk.

17 replies on “Projects I’m Working on”

You’re making a big SEO mistake. If you use a separate domain for each project, then Google treats them as completely different websites.

I link most of my projects very loosely if at all because I don’t want one to offend or discourage participants in others. A separate domain for each is also more professional.

Doc, I sent you an invite.

2) Still interested in Agora I/O if I have time and internet access. If you can schedule me with the understanding that I may have to back out, that would be fine.

3) If you guys do something along We Won’t Fly lines in the future and I can do anything, I’d like to help. I think the original idea does still have value as well.

For something along similar lines that expands beyond just TSA I would suggest TEA: Terrorized Enough Already, just like “taxed enough already” is to taxes. Short description
at http://hammeroftruth.com/2010/terrorized-enough-already/

It could use some graphics, which brings up another idea: an open source place to suggest ideas for and share prototypes of graphics.

As for offering something of value to TSA supporters…dunno what exactly; maybe a network of small plane owners providing some kind of alternative to large plane commercial flights? I doubt it could become big enough to compete with the existing airline system effectively, but a start would be good. Since TSA will be moving into Greyhound more also, a rideshare network of some sort?

4) Petitioners I know may be a good market for Shield Mutual. Let me know when that is up and running, please.

5) Other ideas along lines of I Disobeyed an Unjust Law —

B) Alternatives to government programs/services in action: Food not Bombs, etc. – Place to network things of that nature, share stories and videos, etc.

Re: comment from FSK, what if you have both = separate domains for each project, and a subdomain on your main site that redirects to each of them? Is that too much linkage?

Comment fell in the cracks, probably due to too many links; you can see that same comment at http://www.independentpoliticalreport.com/2011/03/kathy-labriola-confessions-of-a-war-tax-resister-trying-not-to-pay-for-war/comment-page-1/#comment-331085 – it relates to the graphics sharing idea in my last comment.

Something similar would be good for videos.

Also, something along the lines of http://www.addictedtowar.com/ without the guns vs butter false dichotomy that presumes massive monopoly government spending.

Apologies, I only schedule people who are confirmed.

Thanks for all the ideas! Good stuff. :)

Great post! Written goals are the key to success! “They” say to write them out physically on a piece of paper, too. :)

I think I’ll post something similar on my page!

Feel free to link to your post from here.

Wanted to ask this a few weeks ago, but I thought we were both busy to talk about time management. ;)

What system does that graphic at the top of the post describe? It’s very similar to the Mission-Goals-Projects-Task pyramid that I have been using for twenty years, but I like that yours has metrics for feedback. It’s probably time for me to upgrade…

Maybe strategic planning? I’m not sure. Thanks for commenting. :)

Hi George. May I get an invite to agr.io, please? I get mindfry from most of the people I run across on that other social network site… I am one of the leaders of the voluntarist group in the Seattle area, but we have stagnated a bit. I have been trying to garner support for CD activities beyond my own, but have had very limited success. I am finding that your site has some nice ideas, and I invite anyone else to make suggestions as well on encouraging liberty activism in the Pacific NW.

Hey Mr. Donnelly, I have plans for a couple projects in the works. The first one is a libertarian/agorist merchandise business, id est a business where I sell t-shirts with libertarian slogans and other assorted libertarian merchandise, ignoring State regs all the way…e.g. if I want to sell a book that I downloaded off the internet and printed I’ll do so, even if the author has a gov’t sponsored monopoly on that book. And of course I won’t report any of that income or collect the gov’t theft, I mean “taxes” on it. And I might sell a few books that I write myself. :) And a good deal of the money I get from that, will go to what I see as my magnum opus.

Basically here’s the idea. You know how gov’t welfare is screwy as hell? How 1. It makes people dependent on an evil institution and 2. it discourages them from finding a job and being productive, since they have a steady income. And in a lot of areas, like a city near where I live, they get the idea “hey if I want a raise I’ll just have another kid” Well my idea is a sort of privatized welfare that tries to prevent all of the problems that gov’t welfare creates. For example, if they want to use my welfare service they have to apply, and I or an employee will check them out and make sure that they truly need it. And if they do I’ll make a deal with them, where basically, if they don’t have a job they’ll try their hardest to find one, and if they already have a job, but a low-paying job, they try and find a better paying job, or even better in either of the two previous situations, they try and start their own business! As long as they are trying to become productive and “get back on their feet” so to speak, I’ll provide pecuniary support, If they don’t hold up their end of the deal however, I’ll cut off said support. And if they decide to, instead of getting a job, or if they already have a job, getting a better paying job, they want to start their own business, I’ll help them with it. The final condition is that if and when they get back on their feet they have to pay back what I gave them, either in one lump sum, or spread out over time. What do you think of that idea? if you want to discuss either of those ideas with me just email me at [email protected] or skype me at pyromaniacwolf1994