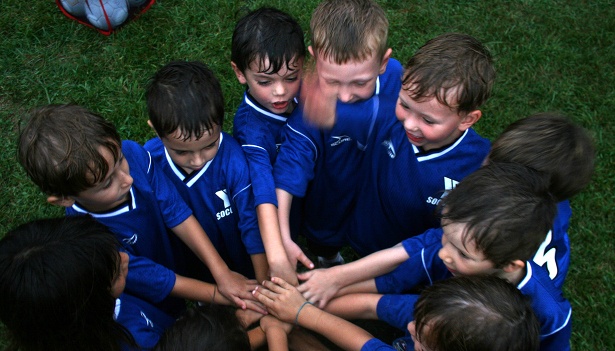 For public relations purposes, talking about your rights is obsolete. It’s a right-wing authoritarian faux talking point. It’s simply tedious – and often a non sequitur – to say that you’re doing something because it’s your right. Nor does it resonate with anyone who doesn’t already agree with you. Let’s shift the paradigm. Let’s spark some thought by talking about our actions in terms of responsibilities, instead of rights.

Rights are about me, what I can do and what you can’t. That doesn’t facilitate connecting with other people. The perception is that it’s a justification for greed or just gratuitous insolence. Whether that’s the reality or not, such a stance is counterproductive in the midst of this statist crisis. What’s needed now is an attitude of “What can we do together for mutual benefit?” A mercenary approach got us into this mess. Empathy and solidarity will get us out.

My Bill of Responsibilities

“We are made wise not by the recollection of our past, but by the responsibility for our future.” – George Bernard Shaw

It’s my responsibility to …

How to Use your Bill of Responsibilities

Let’s say you’re open carrying your pistol and someone asks you why you’re doing that. You could give any number of very good reasons but perhaps one of the most paradigm-changing is to say: “I open carry because I have a responsibility to protect myself and my family from those who may wish to harm us.” That’s easier to comprehend than abstract talk of rights or of tyranny that most are numb to.

Why are you protesting? Handing out anti-war, anti-tax or jury rights pamphlets? You have a responsibility to speak out against injustice. Doesn’t everyone intuitively get – and respect – that?

Why aren’t you paying taxes? You have a responsibility to not cooperate with evil, so as to not inadvertently strengthen it and thus indirectly harm your fellow man. What evil? War. Even if your audience thinks the many current wars are justified, they remember respected precedents for your beliefs.

I solemnly promise to never commit aggression against a fellow human being, nor to voluntarily and knowingly support the commission of aggression against a fellow human being. I will honor to the letter any contracts that I enter into. Should I fail to honor this promise, I will make all appropriate efforts to reach a settlement with the aggrieved party. If we are unable to reach an agreement, I will voluntarily submit to arbitration by a judge and jury, if need be, that is mutually agreeable to both myself and the complaining party.

Our public relations efforts have to be oriented towards progress in a way that breaks existing patterns and gets people thinking again. We can’t go back to the 1700’s. The future we want will be very different. Start living in it today! Please post a link to your personal Bill of Responsibilities in the comments section below.

11 replies on “What’s in Your Bill of Responsibilities?”

This is good. What usually happens, though, is that responsibility gets conflated with obligation. Enforcing obligation is seen as a rightful function of the state, or to put it another way, A’s obligation to B is seen as something akin to a property right of B. There’s things I like about this approach, but I think the problem goes deeper and this will only have limited effect.

I’m not offering this concept as a cure-all. I just think that for PR purposes it’s more useful for liberty lovers to talk about their responsibilities than their rights (a concept I’m iffy on anyway).

This is something I can sink my teeth into. Something easy enough to change that I can and will do it, and it might actually work.

It will make it much easier to stand up straight and tall for what I know is right even in a sea of people who disagree.

Many people I know want government power for the same reasons we want freedom – a good life for them and the people around them. They think freedom lovers don’t care about anyone but themselves, so they have little respect for our arguments, if they even listen in the first place. This could turn all that on its head.

i won’t like it one bit. i’m all for not resisting the violent urges i get when i see the actions of our police officers when they cut the tents of homeless people.

i keep trying though!

I don’t understand the linkage between the two issues, winston.

George, this is a wonderful approach to take what can often be perceived as negative criticisms of society and turn it on it’s head. I believe this approach can be a more gentle, yet still iconoclastic, way to get people to think about liberty. Kudos!

I took some of your points and worked it into my own Bill of Responsibilities.

This is good stuff. I’m new to the active discussion on the internet, but identify as a Libertarian none the less. I see why, from a PR standpoint, “responsibilities” is better than “rights”. From a PR standpoint, though, what can be done about libertarians being identified with the “Tea Party” and the GOP today?

Perhaps stress those libertarian ideas that are at odds with tea party and GOP ideas? Thanks for commenting.