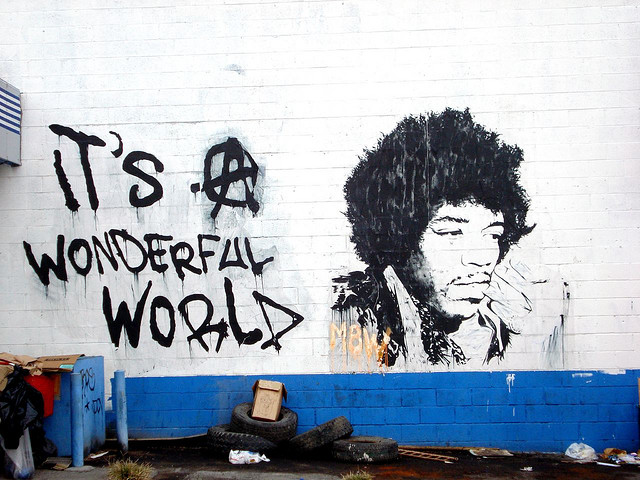 John gets up at 6 AM and fills his coffee pot with water to prepare his morning coffee. The water is clean and pure because he bought a reverse osmosis filtration system to clean out the lead, iron, sediment, viagra and prozac that comes in from the local government water monopoly.

With his first swallow of coffee, he takes his daily medication. He’d like to get the surgery instead, because the pills are slowly damaging his liver and kidneys. But due to government interference in the health care market – causing prices to rise – and the banking cartel’s government-chartered central bank’s debasing of the currency – causing the value of his salary to decline – he can’t afford it.

He smuggles his medication in from Mexico once a month because the government won’t allow it to be sold inside the US. It competes with the product of a large pharmaceutical company who has hired a lot of lobbyists to protect their US market share.

John takes responsibility for his own health by preparing oatmeal for breakfast. He uses unpasteurized milk from the dairy down the street, avoiding the allergies and increased risk of heart disease associated with government-mandated pasteurized milk. He sprinkles some organic hemp seed on his oatmeal, a complete protein a friend snuck into the country from Canada because the government bans its cultivation here.

In the morning shower, John reaches for his favorite shampoo. It leaves his hair soft and shiny using only natural ingredients. He uses a special formula invented by a chemist friend and sold out of her garage and at flea markets – until government agents shut her down for operating a laboratory without a license and selling an unapproved healthcare product. John got the last bottle and is milking it.

Dirty Air, Thanks to the Government

John dresses, walks outside and takes a deep breath. The air he breathes is noticeably contaminated because the government subsidizes big buses that belch out dangerous chemicals all day long all over the city. Zero-emission cars aren’t available on the market because the car makers and the oil companies are in bed with the government. They don’t want change.

He walks to the commuter rail station to ride a government-owned train to work. It used to belong to a private company but the government anti-trust laws caused the railway company to fail. He wishes he could drive to work but with the gasoline tax and the overcrowded government roads, he can’t afford it. He carries an illegal firearm on the train due to a recent mugging and is afraid someone will find out about it.

Sentenced to Wage Slavery … by the Government

John begins his workday. He has a boring job with average pay, medical benefits, retirement, paid holidays and vacation because that’s what the government mandates. He’d rather get it all in cash so he can choose his own health care and retirement plans. He’d like to start a business at home from his baking hobby but the government mandates he rent a separate space and purchase industrial baking appliances in order to get started. He might be able to do that – and quit his wage slave job in the city – if the government didn’t take 40 per cent of his income right off the top.

If John is hurt on the job or becomes unemployed, he’ll get a workers’ compensation or unemployment check because he joined a local mutual aid society and voluntarily pays dues into it every week. But it’s the last one in his state and its future is uncertain because the government started competing services and can legally force people to pay for them. His mutual aid society pays better and costs less but most people can’t afford to pay for the same thing twice.

It’s lunchtime so John heads to the coin shop to buy some gold. John knows that due to the constant expansion of the money supply by the banking cartel’s government-chartered central bank, the value of John’s dollars falls almost every day. Now that the FDIC is insolvent, he worries that economic collapse is around the corner and knows gold has always been a good store of value.

John paid too much for his house because he bought at the peak of the government-created bubble. Thanks to Fannie, Freddie, the FHA, the Fed and others in government, his house may soon be worth less than his mortgage. He had to take out government loans for college due to government higher education subsidies, which incentivize schools to charge more, because they’ll get more from the government if they do.

Government Putting His Dad out of Business

John is home from work. He plans to visit his father this evening at his home in the country. His was the third generation to live on the property. But the EPA and OSHA are trying to shut down the family scrap yard business, claiming it violates hundreds of federal regulations. The local township raised taxes on the property recently and is trying to re-zone it to render the family business illegal.

He is happy to see his father, who would like to retire, but can’t. Due to self-employment taxes, his dad paid twice into Social Security but can only get the same meager check as anyone else. With the rising costs of health care – due to government subsidies and regulatory interference – he’s afraid his first medical emergency will wipe out his hard-earned savings.

“The Free Market is a Failure”

John gets back in his car for the ride home, and turns on a radio talk show. The radio host tells him that we need more government “solutions” to our problems, that government bureaucrats know what is best for him and the free market is a failure.

He doesn’t mention that the beloved government bureaucrats and politicians have undermined every protection and benefit John enjoys throughout his day and are destroying the best things in his life.

Text version. Feel free to distribute this as you see fit.

Powerful. I’m printing it out for redistribution!

Awesome. Thanks for writing.

Some comments on the article here:

When John began his workday, I got depressed. Really depressed.

I have some aluminum foil that you can make into a hat.

Self employment taxes? Why should you get any more than anyone else. The reason that the self employed pay double is because those employed by someone else have HALF of the SocSec payment made by their employer. Sounds like you want the self employed to only pay half of what the rest of us pay.

As for John’s house, he was an idiot. Anyone with half a brain knew that housing was over inflated and by buying when he did, John just exacerbated the problem. Shame on him.

Gold, it is a propaganda piece meant to make a general point. It is not a scholarly article meant to be complete or wide-ranging.

Self employment taxes? Why should you get any more than anyone else

You lost me there, since SE taxes are something you pay.

Actually Gold, no one should have a gun pointed at their head to have their hard earned property forked over. Not to a mugger, not to a bureaucrat.

The house thing is simply a way to insert the Fed bubble into the story.

Evidently you don’t understand the Self Employment tax. When you’re employed by another party who gives you a W2, you have FICA taken from your paycheck, which is your contribution to Social Security. What most folks don’t realize is that your employer contributes a similar amount to social security on your behalf. So when you’re self employed you need to pay both halves because you are employer and employee.

“Actually Gold, no one should have a gun pointed at their head to have their hard earned property forked over. Not to a mugger, not to a bureaucrat.”

As much as we don’t like paying taxes, someone has to pay for the roads, firemen, schools, the Navy, the Army, building inspectors, health inspectors, etc., etc., etc..

“Gold, it is a propaganda piece meant to make a general point”

The only point that it makes is that you don’t understand the universe and that you need a foil hat.

Thank you for the amusement.

Evidently you don’t understand the Self Employment tax.

LOL. I am a business owner. I know how it works.

… and the food and the clothing, shelter, cars, doritos, dinner out, toys for the kids, a TV, cell phone service, truffles, etc etc etc

BUT we seem to get along fine without pointing guns at people in order to provision these things. HMMMMM. Food for thought.

Liberty is scary and you’re new to it. It seems out there but it is not a conspiracy theory. Good luck with your own evolution.

Aye, and may his chains rest lightly upon him. *barf*

“Evidently you don’t understand the Self Employment tax.

LOL. I am a business owner. I know how it works.”

You don’t seem too. You seem baffled by the whole concept. LOL!

Guns? No one has ever pointed a gun at me to get me to pay my taxes. You must be living in another country than I do. I’ll do your little teen thing again LOL!

Oh, I still have that roll of foil waiting for you. LOL (there’s that teen thing again)

GW, you haven’t reached the point of seeing the gun yet because you are one of the people who cave in to the tax man without thinking about it much. Try exercising your property rights and you’ll see they will come with guns, take you and your property.