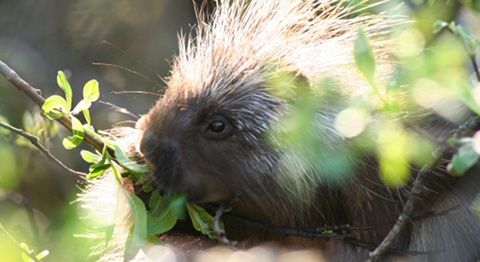 Are you a libertarian anarchist swept up in Free State Project hype? Can’t get your head around “Free State” being an oxymoron but still want in on all that FSP fun? Don’t sweat it. The FSP isn’t just for minarchists anymore. It’s also ripe for anarchist co-option.

Many, if not most, FSP members are minarchists. They get liberty, at least partially. So, in the best case, they’re fertile ground for anarchist outreach and in the worst case they’re statists who will think twice before aggressing against us. Also, these folks have a good bit of spare time in their liberty activism programs. They only vote a couple times per year. Throw in a few big protests and their schedules are wide open for direct action, counter-economics and self-improvement.

Some anarchist projects are already well underway. There are rumors of an active agorist culture. Plans for an agoristic marketplace at the Porcupine Festival this summer can be seen on Facebook. Free Keene appears to be populated largely by voluntaryists, agorists, spoonerites and other anarchists. The Alternatives Expo is going on its fourth year of giving the Liberty Forum a run for its money, with non-political, practical and independence-minded presentations available alongside the big-ticket Liberty Forum headliners.

So if you’re a voluntaryist, agorist, Spoonerite, Thoreauvian or any other kind of market anarchist or an-cap, come on up to New Hampshire! The new society is actively forming in the shell of the old. More buyers and sellers are needed. At least, check out the AltExpo and PorcFest!

10 replies on “The Free State Project is for Anarchists, Too”

Don’t tell anybody, but I hear the guy who is organizing the Liberty Forum is an anarchist.

That would be news to me. I always get a strong impression from Chris that he’s a small government kinda guy.

I’m pretty sure I’ve heard him self identify as an anarchist on Free Talk Live. There are those that still participate politically as a self defense measure even though they consider themselves anarachist, volontarists, etc. I’m one of them.

Wait a sec. He’s a selectman, isn’t he? How can he be an anarchist and a selectman?

I guess I would also self identify as one of those unprincipled anarchists in that I still have one foot in the political pool. Toying with the ideas of voting or running for elected office. It’s like a cold that I just can’t shake.

You need some Vitamin A[gora]. :D

I’m with Michael. I’ll occasionally toy with the idea of working in the system if it makes me laugh (basically, if i think it will offend or upset a significant number of stupid people)

Don’t fall for fake revolutions. The FSP wants to set NH back 150 years and do away with all of the progress working people (including many anarchists) made fighting against capitalism.

Julia, I never claimed that the FSP was an anarchist movement. That said, you are almost entirely correct.

I am increasingly uncomfortable with the FSP and its many conservative members. For example, at the Liberty Forum last weekend, they insisted on singing the national anthem. It was an outrage.

I am a left libertarian, or left-wing market anarchist, or radical voluntaryist. There are a good number of other folks like me on the fringes of the FSP community, with more joining us all the time. So I stand by my argument that it’s at least appropriate for folks like me to move.

I’m checking out the video, thanks.