The best way to learn Spanish is to spend lots of time in a Spanish-speaking country – and fall in love.

That’s what happened to me in 1994 when a friend of mine invited me to spend Christmas with his family in Medellin, Colombia. I did not study any Spanish before arriving, and was completely lost for the entire trip.

Well, most of it. After a few days of my buddy’s large extended family (and younger sister) trying faithfully to engage me in small talk, some of it started to seep in. If you keep an open ear, an English speaker can recognize a lot of the words that have similar roots, and similar meanings, in the two languages.

Of course, understanding is very different from being understood.

I threw caution to the wind

I didn’t care about my accent or conjugating verbs.

Since I was starting to like this girl I threw caution to the wind and started talking, straight out of the dictionary. I didn’t care about my accent or conjugating verbs. It just came out and somewhere we started to understand each other. This was a hell of a lot of fun! 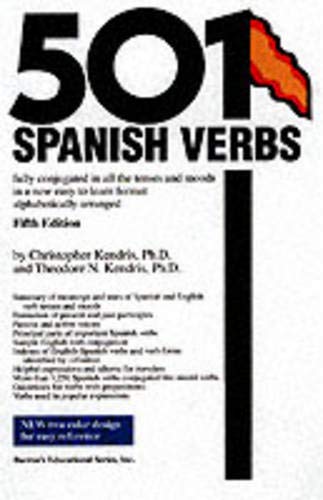 I learned a lot during that first three-week trip, and made several more in 1995. But not before I had dissected a Spanish cassette course, a Vox dictionary and taken a really excellent Berlitz course in downtown Chicago. I sought out Spanish friends everywhere and talked their heads off. Love motivates.

They lavished me with praise

By the next Christmas my buddy’s family was schocked and amazed. I was fluent in conversational Spanish! They lavished me with praise for my great accent and my ability to converse intelligently with them. My visits became more and more enriching – and fewer street vendors tried to rip me off. ;)

My turn to be shocked

It was my turn to be shocked though when I found out my new girlfriend had hidden a local love interest from me. My heart was broken but at least I still had Spanish.

Sorry to hear about the end of your love story but I am inspired by your ability to speak Spanish in a year! Felicidades y buena suerte!

It’s a great story of what love can do!! It can even inspire you to new language!

I am trying to learn German but I am not too sure if taking a Berlitz course is the way to go… which course did you take? total immersion? private lessons or semi private lessons? Would you recommend Berlitz? or do you wish you had taken a different course?

I took semi-private lessons. I think there were 5-6 people total in the group. I got lucky, the teacher was excellent.

I later worked for Berlitz and found I don’t quite agree 100% on the Berlitz method, but it’s not all bad.

I favor a high-input method for learning a foreign language, i.e., listening to and reading a lot of the language. TV is good for this, among other things.

Thank you for responding so quickly =)

I am debating on whether or not I should take a regular structured class (grammar, reading, writing…) first…(you know the old school way) and later on take a conversational oriented course (like berlitz)… or just take the the berlitz course first…

On Thursday, I have an appt with the Berlitz school and have no idea what to expect. Is this appt helpfull or do they just try to up sell you on the most expensive stuff? Hopefully going there can help me decide.

My advice is to not lose much time on explicit grammar learning. It’s a waste of time, that’s not how we learn. If you have to choose between the two, go with Berlitz, it’s much better.

I never did sales at Berlitz, only teaching so I don’t know what the sales experience is. Ask them for a sample lesson – I used to give them all the time when I worked there (Osaka main school).

That’s a great idea! I will definitely ask them for a sample lesson. I think that will definetely help! Thank you for your comments =)

What would you recomend for a foour year old? I want him to learn spanish!

Sandra, give the little one stuff to listen to in Spanish: TV, music, the spoken word, native speakers of Spanish. If you can practice Spanish with the little guy, it will help immensely. Good luck with it! :)