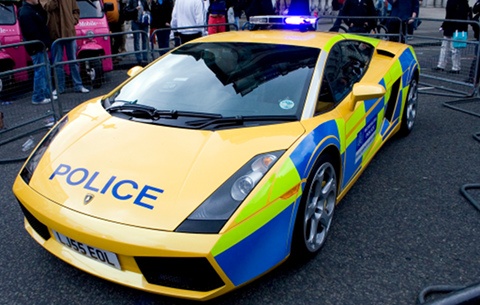 In Chapter 12 of “For a New Liberty,” Murray Rothbard makes a less compelling case for market-based defense and dispute resolution than, for example, Robert Murphy in chapter one of his “Chaos Theory.” While Murphy rigorously applies the principles of individual sovereignty and voluntary interaction, Rothbard permits some statism to creep into his proposed solutions. Murphy is more thorough while Rothbard neglects certain potential solutions.

Rothbard convincingly makes the standard arguments for market-provided defense and court services, specifically that market incentives will ensure a quality product and keep the providers in line. Even if they get out of line, any swath of destruction they cut will be less damaging than what the state routinely does, he argues.

Consistent with Murphy, Rothbard argues that only those laws people are willing to financially support would be enforced in a stateless libertarian society. In this way, government tyranny would be reigned in and police would be more accountable and responsive to their customers.

Rothbard’s answer to poor people who can’t afford police protection is charity. Or perhaps the defense agencies will provide some low-cost plans for them. But what about the poor themselves? They can form co-ops and provide their own defense services, in the manner they see fit. Neighbors could take turns patrolling or responsibilities could be delegated to qualified members of the community at minimal cost.

On the topic of clashing police agencies, Rothbard’s response is convincing and fresh. Without a government to arbitrarily divide people into geographically exclusive units, neither of the agencies could afford to bomb the other indiscriminately for fear of harming their own customers, and therefore their own bottom line.

He fails to mention, however, the profit available to any third party police agency, or syndicate of agencies, that would bring the clashing agencies to their senses and end the conflict. Doing so would enable the third parties to not only continue their current businesses unmolested, but also capture a share of the clashing agencies’ old business. It would make for a public relations coup.

What if someone won’t abide by an arbitrator’s decision? Rothbard argues that there would be a system of appeals. When that was exhausted, the convict’s insurance company could reasonably use force against him, presumably in order to jail him. However, this doesn’t compare in elegance and philosophical consistency to Murphy’s solution. Under his market anarchy, the convict’s insurance provider could simply raise his rates or offer conditions under which it felt comfortable continuing to insure him, such as residence in a secure facility. No force needed. Rothbard fails to explain why force would be justified or how the police agency procured the convict’s permission to use force against him.

Rothbard posits that a legal code is required and in this sense is a tad more statist than Murphy, who foresees all law arising in contracts or in arbitration decisions as consenting individuals see fit. Rothbard even mentions that in the past judges had rendered decisions all on their own, so why is a legal code required? Murphy’s solution is again not only more elegant but more convincing and complete.

While Murphy and Rothbard argue for essentially a very similar libertarian stateless society, Murphy’s schematic is more complete, convincing and consistent than Rothbard’s, as expressed in this chapter. Murphy’s success arises from a relentless focus on the individual and his sovereignty. Rothbard’s fails to address his analysis from this basic point of view.

Defense is such a complex topic that walking too far from the abstract is oddly when it gets dangerous and you raise some points to show this. I’d go further and it’s not a cop-out. The answer to ‘what would be done to defend against aggression absent the State’, outside the obvious that collective repulsion against the State is an astronomically successful defense against aggression, is the toughest answer to swallow in our pretty conservative culture*. The answer is: whatever will be done will be done. This answer is closely related to Murphy, but moreso to Thoreau’s ‘when they are ready, the people will have no government at all’.

The conditions needed to quash the social view of the State are the same that will value mutualism, voluntary confederations and enthusiastic associations of self-management. Defense absent the State is whatever comes out of these abstracts which are necessary for such a discussion to be of any relevance.

*By “conservative”, I mean that until people hear an alternative that can fully replace the status quo tomorrow, they default to defending the status quo.

If an aggressor were to not abide by an arbitrator’s decision couldn’t he, after a reasonable number of appeals, become an “outlaw” and be aggressed against by whomever without risking any “legal” reprisals? Sounds bad but it could also be a real deterrent. I’m sure there would be people who specialized in this sort of thing.

The problem I have with a lot of hypothetical crime and punishment discussion is that a lot of it seems to presuppose that the entire world would be libertarian. What if this libertarian society was just an island (future New Hampshire, for example) in an otherwise Statist world? It seems like a lot of bad people, without real punishment would just run back to the Statist society once their welcome was worn out.

We could probably make use of a secret order of Anarcho-Ninjas.

Nick, I don’t think that would happen. Appeals would be expensive. Also, people can specify in their contracts a limit on the number of appeals. It would probably become a standard, say 3 levels of appeals or something.

Someone who flouted the law of his contracts so much as to be outside civilized society would be kicked out of it I imagine. I don’t think aggression is justifiable under any circumstance. I agree, there will always be an uncivilized world outside the civilized ones that untrustworthy people can run (back) to.