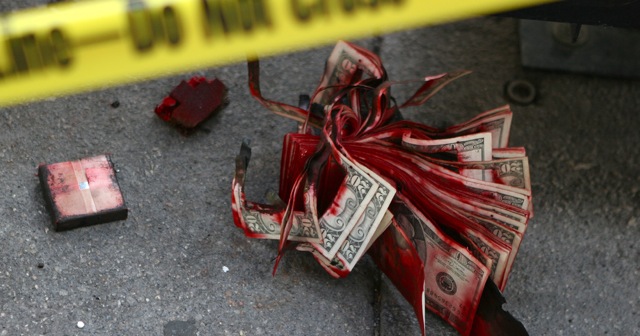 Some love a vigorous exchange of ideas, while others dare not speak too much for fear of revealing the contradictions in their own thinking. I ran into an example of the latter the other day by way of a tax accountant, Joe Kristan, who advocates the creation of a special IRS unit to go after tax protesters (and related “schemes”) but thinks the nationalization of private property is an outrage.

My own views are more along the lines of George Washington. When early tax protesters arose against a whiskey tax in Washington’s presidency, he raised an army to put down the protest. While George opposed taxation without representation, he believed that once taxes are levied by a legitimate representative government, we are obliged to go along … #

The government of Argentina is attempting to seize private pension plans. They say they are doing this to “protect” workers from stock fluctuations, but it is transparently a desperate ploy to prop up the government pension system. … there is a movement to do the same thing in the U.S. It would be pushed with the same cynical goal of “protecting” us, and it would be an absolute disaster. #

The contradiction is that while both boil down to human beings using governments to take property by force and without voluntary consent from other human beings, Mr Kristan applauds one and pans the other.

“Somebody has to Pay the Government’s Bloated Bills”?

I challenged him on this contradiction, but he was non-responsive.

As a practical matter, somebody has to pay the government’s bloated bills, and when the tax protesters don’t the rest of us have to pay more. For that reason alone, I resent people who skip out on their taxes, whether via political influence, tax protester arguments or plain old tax evasion.

True, the tax law is a mess. It’s far too complex, it’s riddled with favors for the well-connected, and prospects for reform are dim. Even so, the implications of everybody deciding for themselves which laws to follow are as frightening now as they were during the Washington presidency. While someday things could get to the point where mass tax disobedience would be justified, that point is a lot closer to Zimbabwe than to the U.S. #

If a Debt is Incurred by Men with Funny Titles …

Mr Kristan’s answer, while non-responsive, provides a fascinating glimpse into the awkward lies that a person has to tell himself in order to balance some liberty-oriented beliefs (opposition to nationalization) with other very authoritarian beliefs (approval of the use of naked power to enforce obedience). Let’s examine his claims.

We hold these truths to be self-evident, that all men are created equal, that they are endowed by their Creator with certain unalienable Rights, that among these are Life, Liberty and the pursuit of Happiness. That to secure these rights, Governments are instituted among Men, deriving their just powers from the consent of the governed (emphasis added)

Thus, if one does not wish to be subject to the tyranny of this US federal government, cease providing your consent (implicit or explicit, moral or financial). Don’t ask governments to do anything for you. Do it for yourself, or in voluntary cooperation with others, instead.