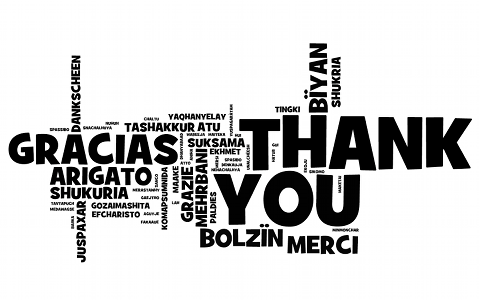 I am sorry I have not previously mustered the courage or motivation to post an update. Frankly, I was frightened out of my wits for some time after I was arrested in Allentown, Pennsylvania on May 11 of this year. Only recently have I started to feel something approaching normal again.

The original charge that might have carried eight years in federal prison was dropped around May 28th. The probable cause hearing for that was supposed to be on May 25th I believe, but they canceled it. New charges were filed shortly afterward, much reduced charges, but the initial hearing for these new charges didn’t happen until June 22nd. So my family and I were subjected to the stress of 6 weeks of house arrest, complete with ankle monitor. Two of those weeks occurred while the state ran out the clock on showing probable cause for their May 11th arrest of me. The other four weeks transpired after the charge that prompted the house arrest had been dropped.

The June 22nd initial appearance for the new charges took place inside the Allentown federal building. The magistrate was the same one who signed both complaints against me and pre-sentenced me to house arrest. However, a mood change accompanied the reduction in charges. The ankle monitor was removed. The weekly drug test was removed. Bail was reduced from $50,000 to $10,000. And I was allowed to travel the continental United States without asking for permission. My passport and firearms were still retained by the same marshals who had arrested me. I still have to report to the court’s representative on a regular basis.

Trial for the reduced charges is set for August 26th. That’s where the case is at now.

Around 160 very generous people have raised more than $6,000 for my legal defense. I am in awe. I don’t know how I am going to repay you all. Thank you so much.

The community at Reddit has really backed me up. The majority of the donors found me through Reddit. Reddit is one of the best online communities around. Join them and participate.

I have received many expressions of support and large donations from libertarian friends. The ad hoc libertarian mutual aid network works! You guys rock.

Some very excellent friends visited and called me while I was under house arrest. They made the burden manageable and I thank them.

Around 30 passionate activists mounted a protest in front of the Allentown federal building on June 4th. They marched through Allentown and even secured media coverage, including a local TV station that videotaped at the same location where I was arrested.

There has been significant online coverage from libertarians and one notable civil libertarian. I’ll post a list of all the coverage later on. I am deeply indebted to all of these great people.

As a result of this incident, my family’s planned move to New Hampshire, which was only 6 days away at the time of my arrest, had to be postponed. My family and I are still committed to moving. We’re weighing our options but expect to resume our plans no later than May 2011.

Things appear to be improving. I hope to be done with this matter soon so my family and I can move on with our lives. Thanks to everyone for your support.

P.S. Rich Paul is currently suffering in a cage in Keene, New Hampshire, accused of rattling his chains in court (among other things). I know Rich. Rich is a kind, responsible man and an outstanding libertarian activist. Please read his story and donate to his legal defense if you are moved by the injustice being perpetrated against him.

12 replies on “Update on My Prosecution by Federal Authorities after Videotaping them in Allentown, PA”

excellent!good to hear things are getting better

What part of NH are you planning on moving to?

Grafton. There are a lot of fine folks up that way and the local government is one of the least intrusive around.

Thanks for the update.
You and your family stay safe!

Thanks for the update man! Keep up your spirits.

Glad to hear things are relatively better, George. We’ve all got to keep fighting and keep up the pressure on the state. Take care.

Thanks, Darren. Though I’d say we need to keep spreading peace and continue developing ourselves, rather than fighting and putting pressure on the state.

Ha, yeah, I didn’t mean fighting in a physical sense–more of an intellectual, social sense. But I do think it’s important to pressure the state when possible in whatever little ways we’re capable of.