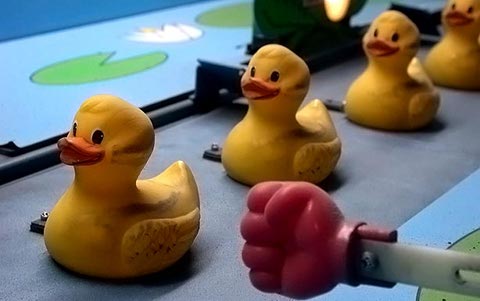 Stateless U at C4SS is very stimulating. They’ve got me reading and writing more than ever. I’m really enjoying it and I’m learning a lot. Their courses are very well done, innovative in fact, inexpensive and I encourage everyone to expand your knowledge of liberty with this warm group of well-educated libertarians. Here’s my first essay from their introductory course, ATP 101, where we’re reading The Market for Liberty.

“What is aggression? How can we distinguish between aggression and other kinds of undesirable influence?”

Aggression is any first use of violent action (force), threat of first use of force, or substitute (such as fraud). A violent action can only be considered aggression if there is no provocation, i.e., no previous use of force that would justify a violent defensive response. Aggression is different from defensive uses of force or force substitutes. Defensive force is that which comes in response to aggression. Its purpose is to stop the aggression.

Aggression interferes with a person’s ability to choose for himself how best to live his life. “When a man is not free to choose his own goals, he can’t act on the feedback from his behavior and so he can’t correct his errors and live successfully,” argue the Tannehills. Thus one standard for distinguishing aggression from other kinds of undesirable influence might be: Does it interfere with the person’s ability to “choose his own goals” and live successfully?

By this standard, making unwelcome comments to another person, in a workplace or not, of a sexual nature or not, would only rise to the level of aggression if the recipient of the comments felt enough fear or discomfort that it interfered with her ability to achieve her aspirations.

Alternatively, consider a contractual worker who is attending night school in order to secure a more lucrative or enjoyable profession. One day he is ordered, against his wishes, to work paid overtime that conflicts with his continuing education. The demand is not covered by his contract and is implicitly accompanied by the threat of termination. This may rise to the level of aggression, since there is no previous agreement and the worker’s aspirations are impacted.

The Tannehills also argue that, “Rights are not inalienable, but only the possessor of a right can alienate himself from that right-no one else can take a man’s rights from him.” Thus, another standard might be to determine whether the undesirable influence arose out of the person’s own consent, or whether it was involuntarily imposed on him.

For example, if a person causes damage to another through an act of aggression, the Tannehills argue that the aggressor “alienated himself from the right to that part of his life which is required to pay his debt”. In this case, no one forced the person to cause the damage, so attempts to recover reparations, even violent ones (if need be), would not be aggression.

Distinguishing aggression from other undesirable influences is no easy task. One must investigate whether any previous act constituted aggression and thus whether there is cause to support a claim of self-defense. One must consider why aggression is undesirable, and apply this to the analysis.

2 replies on “What is Aggression? How can We Distinguish Between Aggression and Other Kinds of Undesirable Influence?”

…if the recipient of the comments felt enough fear or discomfort that it interfered with her ability to achieve her aspirations.

That passage seems to give no regard for the intent of the speaker, vs. the interpretation of the speakers intent as understood by the listener. That is to say, fear or discomfort may not have been intended, but can also arise from different language use, differing assumptions, and other dynamics of misunderstanding that plauge human endeavors.

If you don’t like the way I use ‘aggression’, then just imagine a new word, such as ‘blixten’ and that it means first use of physical force, including force substitutes such as fraud.