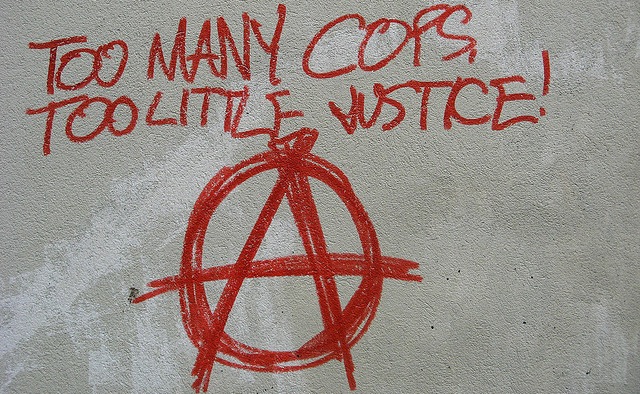 Voluntaryism is easy to grasp. It says that all interactions among people must be voluntary, i.e., without aggression. This is Ayn Rand without the psychological repression, the judgmentalism and the fake statism weakly glued on. This is anarcho-capitalism, without any hint of state capitalism. This is free market anarchism. This is left libertarianism. This is complete liberty … plus love, Gandhi, Martin Luther King and so much more. Voluntaryism is the essence of liberty with the widest possible range of ideas and influences.

Consistent with My Beliefs

Voluntaryism is the political philosophy I specifically most identify with because it holds the conceptual essence of my beliefs:

Voluntaryism is NOT Pacifism

So when I see good, principled people like Mike Gogulski specifically disassociating themselves from voluntaryism (Why I am not specifically a voluntaryist, Sep 17, nostate.com), I know something is wrong. Mike argues that the voluntaryist emphasis on non-violent tactics contradicts his personal readiness to use violence in self-defense. But this is no contradiction. Voluntaryism is not pacifism. Voluntaryists favor only voluntary interactions with our fellow man. However, if our fellow man attempts to initiate force against us, we (many of us, at least) do not rule out the use of force in self-defense.

The Responsibility to Defend One’s Own Life

I, for one, identify very closely with voluntaryism yet I have a firearms hobby and open carry everywhere I go. I am certain that one day someone will, by their aggressive act, force me to choose between my life, or the life of a loved one, and the aggressor’s life. I will, in a second, choose the former. It is self-defense. The corollary to the right to life is the responsibility to defend it. Just as I do not wait for my neighbor to feed, clothe, shelter, heal or entertain me at his expense, neither do I expect him to take responsibility for the defense of my life.

The decision not to seek opportunities for violence, in self-defense or otherwise, is one critical factor that distinguishes voluntaryists from non-voluntaryists. If/when the day comes that non-violent tactics (or my capacity to use them) have been exhausted, I will be right there next to Mike exercising my right to self-defense. And I’ll end that exercise just as soon as I can as well. What separates Mike and I is merely a nuance.

Let’s Get to Work – And Find the Real Disagreements

Instead of debating nuances, let’s get to work on finding opportunities to work together to expand the space for liberty worldwide, peacefully – but always with a firearm on our hips, proverbial or not. :)

15 replies on “Why I am Specifically a Voluntaryist”

I’m not 100% sure it is just a nuance. I thought, particularly based on his followup blog with the hypothetical Rumsfeld scenario, that what Mike was saying was something in the ballpark of “let’s go get the statist aggressors”.

The basic feeling I got, reading those two blogs, was that Mike does not subscribe to the “we struggle not against flesh and blood” idea that I’ve talked about before, which is to say, I don’t direct my animus against individuals so much as the ideas that hold them and others captive. Why should I dwell on bringing top federal government people to justice? I’d rather focus on building a peaceful society.

But I could be wrong about what Mike was saying.

Thanks Mike, and thanks for commenting guys.

I’m totally behind the “let’s go after the wrong ideas” concept. But I also think it is morally correct to kill in self-defense. I think it can be summed up as: “We expect (and sow) the best, but we prepare for the worst.”

In this sense, what separates Mike from voluntaryism is probably just a misunderstanding, a follicle-sized nuance over when to use violence in self-defense.

Let’s say things get worse and the small circle of liberty permitted us (a noose) is tightened even further. The options for use of mass civil disobedience / satyagraha become suicidal. What would you do?

Another great breakdown of the ideals. I respect both yours and Mike’s skill set, in your ability to explain your ideals. I just hope its not personal. But from a selfish point of view, its teaching me alot. Thanks.

I’m surprised as someone as smart as Mike G could so completely conflate voluntaryism with pacificism. Then again, I believe Mike has also given up on Rothbardian property theory as an absolute, too. And yet he still calls himself an agorist. Thus, this is not the only confusion of terms.

And here I am agreeing. It is nuance. It is a difference of preference of emphasis, perhaps.

In fairness, I read in Mike’s second post (Rumsfeld example) not a “Let’s kill all statists!” but rather “I don’t care if someone else is going to go around knocking off statists – I’m not going to stick up for their ‘rights’ after they’ve violated the rest of ours.” Maybe I missed something.

In other news, this is a great post, just don’t expect too much sympathy from the anarcho-communists. To them, you (and I) are capitalist oppressors.

Thanks guys for commenting.

I respect Mike enormously, Adam. I intend no offense.

Yes, Jason, Mike has been headed towards the deep end lately.

I’ve come to think voluntaryism represents even less, including not even anarcho-capitalism nor saying anything about when is self defense appropriate. A right to self defense doesn’t translate to any kind of judgment about when it’s appropriate or when not. It’s just personal choice.

If you believe in property I suppose anarcho-capitalism or market anarchism would seem synonymous to voluntaryism, but there is at least a semantical difference. Anarcho-capitalism prescribes or predicts a particular kind of system, no matter how flexible it may be whereas voluntaryism doesn’t go any further from simply saying “let’s not use coercion against each other”. What happens after people stop coercing is then completely up in the air, that is, yet to be seen. We just know that if there’s no coercion there’s no violence so how much better can anything get? :)

Also I wouldn’t call voluntaryism a political philosophy. That seems to put it in the same category as socialism, state capitalism etc.. Wikipedia says “Politics is a process by which groups of people make decisions” and ties its general use to governments. That’s essentially groupthink. Voluntaryists in a contrary believe it’s impossible for groups to decide anything, individuals decide instead and group-talk is merely abstractions.

I think of it as a simply a life philosophy that gets rid of politics and all political notions which fits even better when put in the context of self improvement as the best way of adopting and living it.

Daniel, agreed tho I think it includes a kind of political philosophy in the same kind of sense as anarchy is a form of government. Thanks for your comments.

Voluntaryism says “anything goes– but everything (i.e. normal life) you do with someone else, it needs to be free of the use of force”. It says that you change other people’s thinking by persuasion, that is to say, conversations that are centered on logic and reason.

The use of force is an exceptional situation for a voluntaryist, not the norm. There is a broad allowance for use of force “for self-defense”, with a “reasonable person” standard for the understanding of “self-defense”. The whole point of voluntaryism is to say: “An end to sweeping prescriptive statements about ‘what should be’, in society! If you want me to change my behavior, explain to me why. If I refuse to change it, accept my refusal. If you do not accept my refusal, and attempt to make me change my behavior by force, I will match your force with force, and I may get help if necessary. So I recommend that you limit your means of persuasion to logical conversation, which may include a discussion of how you aren’t going to trade with me economically if I don’t change my behavior.” Etc.

Well said, Joel. I think Mike is pissed off and wants to reserve his options for a time when he may be left with no choice. At least, I hope that’s all he is saying. Thanks for commenting.

Sorry about the delay in your comment being posted Mike. For some reason, wordpress classified it as spam.

This was also commented on at:

This is a very good article: http://morelibertynow.com/libertarian/why-voluntaryist #fb